by SeekersAdmin
in Arts and Culture, News and Announcements
Reading Time: 2 mins read
49 4 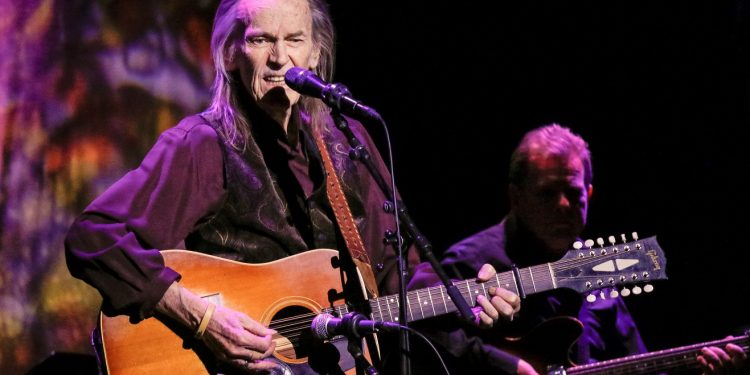 The sound at Aultsville Theatre for Gordon Lightfoot was fantastic. The venue tried out a new high performance sound reinforcement system.

“This system was a demo provided by Gerr Audio Distribution out of Brockville”, explained Janet Martel, who is the General Manager of Aultsville Theatre.

There were over 500 people in attendance at Aultsville Theatre last night, perhaps the most intimate venue on Lightfoot’s 88 concert tour itinerary for 2014.

“I am still alive and kicking, contrary to popular belief”, said Lightfoot jokingly to the audience.

Gordon Lightfoot, who turned 76 a few days ago, was the victim of a social media death hoax in 2012.

There was no doubt about Lightfoot’s vitality during his concert last night. After five decades of touring, Lightfoot is still bringing audiences to pure ecstasy with his iconic folk sound.

The psychedelic backdrop and the renditions of his old hit songs time-warped the audience back to what seemed like yesteryear.

Lightfoot reached his pinnacle of musical fame in the early 1970s, shortly after being signed to Warner Bros./Reprise records.

His song “If You Could Read My Mind” was a major hit in the United States, and the album sold over one million copies and went gold. Lightfoot had many more hit songs and successful albums after that.

Despite his fame and accolades, he is still very humble. “I am thankful to still be working”, he told the Cornwall audience who clapped and cheered at this charming sentiment.

In his golden years, Gordon Lightfoot continues to tour and play music. The spotlight might not be so bright, but his desire to play still shines through.