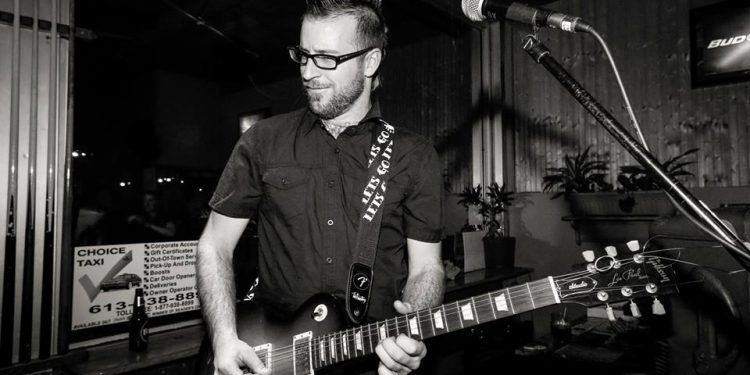 Cornwall Ontario — It was a punk rock reunion of sorts at Lola’s Pub on Saturday night. The band Freeway, which first started jamming twenty years ago, reunited for a set last night.

Lead vocalist and guitar player Daniel Martin was joined by Shane Levac on drums, and Joel Plamondon on bass. They played original songs as well as cover songs by Nofx.

The audience sung along to their favourite songs, and there was even some dancing and head banging, although no mosh pit.

Also playing was RawRawRiot. The all girl Ottawa punk band has Cornwall roots. Both Jamie Lee and Sarah lived in the Cornwall area in their youth and attended many concerts. Now they are the ones on stage, playing songs, singing and screaming and rocking out.

There was nostalgia in the air. No longer teenagers, audience members now in their 20s and 30s, relived an important part of their youth.

Fun was had by all at the Santa Claus Parade