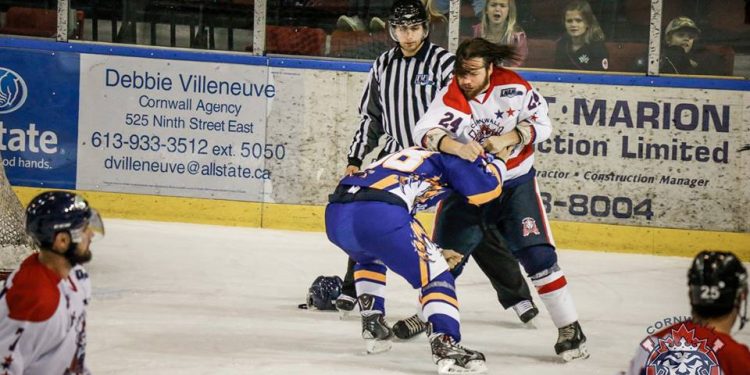 The River Kings, fresh off a four-point weekend, have completed a blockbuster trade with the Laval Predateurs.

General manager Rick Lalonde has acquired veteran enforcers Curtis Tidball and Manuel Frechette as well as big defenceman Mathieu Brisson from Laval along with a 7th round pick at the 2015 LNAH draft.

“We made a promise to our fans in the off-season that we wouldn’t be pushed around in our own barn,” said Lalonde. “We’ve addressed that now with this blockbuster deal.”

“We’d like to than Chris for what he’s done four our hockey club and wish him the best in Laval,” said Lalonde. “But we believe we’re a much tougher team now.”

Cloutier has been limited to 12 games this season due to injury. He has 78 penalty minutes.

The River Kings face off against the Thetford-Mines Isothermic on Saturday night at the Civic Complex. Game time is 7:30 p.m. Cornwall hosts Jonquiere on Sunday at 2 p.m.