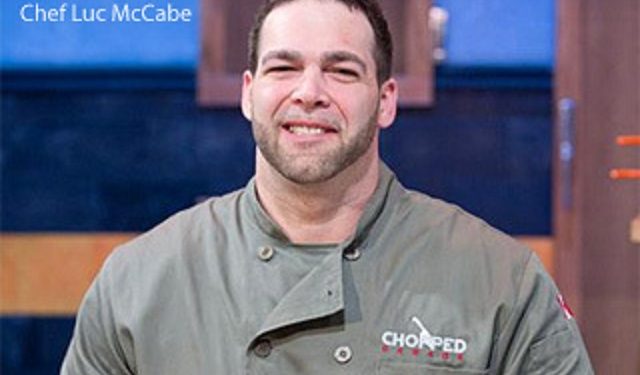 Cornwall Ontario (ChooseCornwall.ca) – A Cornwall chef with the determination of an athlete, Luc McCabe will be competing on Season 2 of the popular television show Chopped Canada. Mr. McCabe is the executive chef at the NAV CENTRE in Cornwall, a world-class conference centre that has hosted government and business leaders from around the world. Chef McCabe competed against thousands of applicants to secure one of the 52 available spots.

Premiering to record-breaking audiences on the Food Network, the top-rated culinary competition Chopped Canada returns for a second season with three new celebrity judges, even more challenging ingredients, special themed episodes, and chef contestants from all over Canada.

In each high-stakes episode, four chefs compete before an all-star rotating panel of three expert judges. Armed with skill and ingenuity, the chef competitors race against the clock to turn mystery ingredients into an extraordinary three-course meal. Course by course, the judges chop the chefs from the competition until only one remains. With $10,000 on the line, the stakes are high. Who will survive the chopping block?

Chef McCabe brings 16 years of experience and an education in Culinary Management from Algonquin College to Chopped Canada. He is also no stranger to competition.
Chef McCabe was the runner up in the Copper Skillet competition held recently in Toronto. The Copper Skillet is the championship for Conference Centre chefs in Canada.