Barstock 2015 kicks off at Lola’s tonight 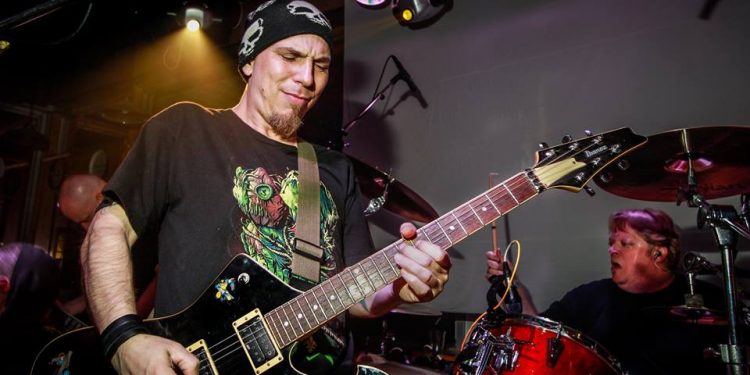 Cornwall Ontario — Barstock 2015 is happening tonight at Lola’s Pub. It is going to be a great night for Cornwall music lovers. There will be a mix of new names and old favourites at this years event.

“I am extremely proud to be hosting this event again this year, its always on honored to be asked to do it as Lola’s not only my home away from home but also boasts the best live music scene in the city”, said Sean Harley.

Harley’s musical resume includes the Trench Town Oddities and Ritual. However at Barstock he won’t be playing with either of those band, but instead with his son Zack.

“This year is extra special to me as I am playing a set with some friends and a special fill in bass player, my son Zack. I can’t tell you how stoked I am to be playing music with him. It blows my mind actual! This project, called the STZ’s, which also features Tom Winchester on drums and Tommy Heatley on rhythm guitar was slated to practice last week but our bass player for the event, Marc Brault of Winston Marley was sick and unable to make it. So rather then cancel the practice I asked my son, an engineering student at Queens who has never played music seriously, if he wanted to fill in. He agreed and the practice went so well that we decided to keep him and kick Marc out. Marc, who’ a good friend of mine, was far from disappointed. He actually was stoked as well, and lets not forget his band Beyond the Void are also performing with recent re-translated Cornwallite Justin Cote”, says Harley.

Although the night is chalked full of excellent musicians, the are a few stand outs that people will definitely not want to miss. Dan Martin and cohorts Shane Levac (Trench Town Oddities) and Joel Plum (Winston Marley) will be punking it up with their band Freeway.

And lets not forget Three Caribou which features Camille Lapointe, Jim Sharp, Bobby Tessier, all of which are from the band Gypsy with a little help from their friend, local guitar hero, Marc Muir, it is sure to be awesome!

Here is the schedule for tonight:

Plus Chris Benton will play some sets through out the night.