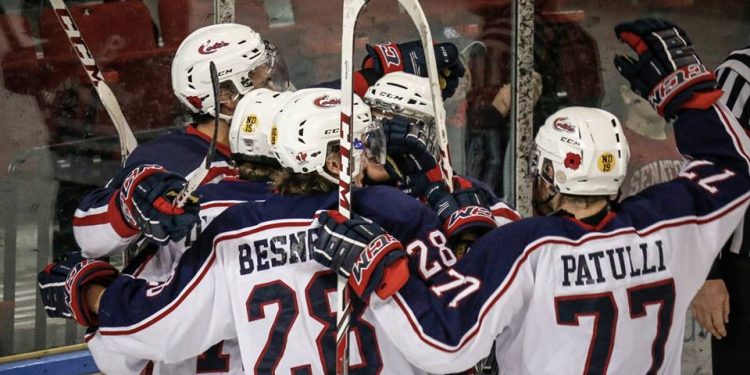 Kanata Ontario — Marly Quince was all over the ice for the Cornwall Colts, as he tallied two goals in Cornwall’s 3-1 win over the Kanata Stallions.

The Colts managed to stay out of the box better than usual, racking up one minor for two minutes in penalty time. Cornwall wound up below its season average of 16.0 penalty minutes per game. The Colts cashed in on power play opportunities, scoring two goals on three chances.

Cornwall also got points from Peter Angelopoulos, who also had one goal and one assist. In addition, Cornwall received assists from Kevin Hope, who had one and Zac Tierney, who had two.

Kanata was led by Arik Breton, who scored the team’s only goal. Breton scored 18 seconds into the second period to make the score 1-1. Cameron Radziwon assisted on the tally.