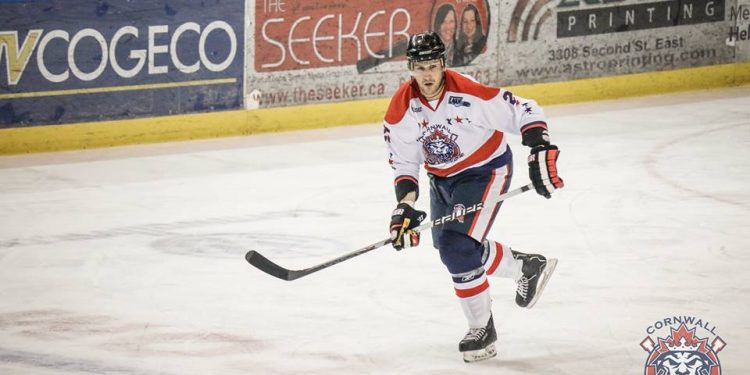 Jonquiere downed Cornwall 7-2 in front of 992 fans. Piche, the former River Kings goaltender, stopped 39 shots to earn the victory in goal. The River Kings had won three straight heading into the contest.

Patrick Bernier and Michael Novosad had late first-period markers for the Marquis.

Pierre-Luc Faubert gave the River Kings life with a shorthanded goal at 7:18 of the second. Faubert pounced on a Jonathan Jasper rebound and beat Piche, who was down and out.

But Jonquiere capitalized on an odd-man rush and restored its two-goal lead a few minutes later when Dominic Leveille beat River Kings goaltender Pete Karvouniaris at 11:09 of the second.

Leveille then tapped in his second of the game with 47 seconds to play in the middle frame. Moments later, newly acquired enforcer Curtis Tidball and Jonquiere’s Patrick Bernier had a spirited bout.

The Marquis began the third with a powerplay and 1:03 into the period, Francis Charette picked the top corner for his 16th goal of the season.

Rookie forward Marc-Andre Levasseur scored his first goal as a River King with 9:09 to play in the third to cut the Jonquiere lead to 5-2. But later in the period, Charette, with his second of the game, and Michael Stinziani scored 18 seconds apart to ice the victory for the Marquis.

NEXT WEEKEND: The River Kings are back in action next Friday at Trois-Rivieres. Cornwall is back on home ice next Saturday, Jan. 10 when Riviere-du-Loup comes to town. Game time at the Civic Complex is 7:30 p.m.