by Editorial Board
in Arts and Culture, News and Announcements
Reading Time: 2 mins read
25 2 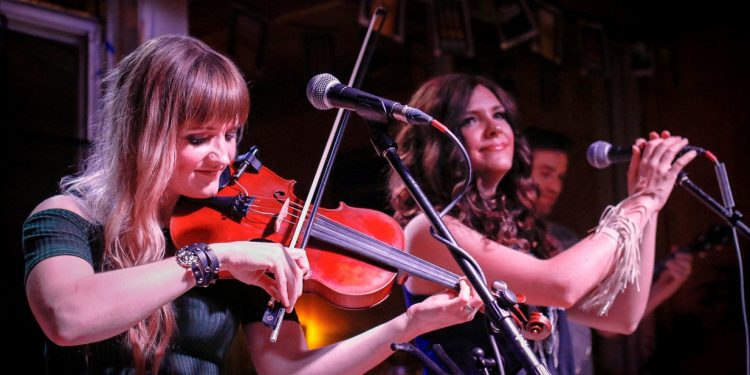 Article and photos by Jason Setnyk

Cornwall Ontario – It was a toe-tapping good time at Lola’s Pub. 2014 Canadian Country Music Association Award Winners The Lovelocks were in town for a gig.

The Lovelocks played their new single “Born to Love”, and the music video for that song debuted on CMT a few weeks ago. The song has also received air play on Canadian country radio stations.

The band played a high energy show, with powerful vocals and beautiful harmonies, much to the delight of those in attendance.

The Lovelocks also played fan favourite songs “Dance” and “Teardrop Tattoo”, songs from their debut EP, which hit #2 on the iTunes country charts the day of the release.

What’s next for the band? The Lovelocks will tour across Canada and the US this summer playing some festivals including the Big Valley Jamboree, Boots & Hearts, Summerfolk music festival and the CMA Fest in Nashville.

The Countrymen kicked things off Friday night, opening the show for The Lovelocks.

There is more great music coming to Cornwall on Saturday June 20th when The Small Glories come to visit Lola’s Pub. The Small Glories, based out of Winnipeg, are a musical union between folk artists Cara Luft and JD Edwards. Cara Luft is a Juno award winner.

Health really is all that matters