Dream Maker production’s The Princess has a little of everything

by Editorial Board
in News and Announcements
Reading Time: 2 mins read
43 2 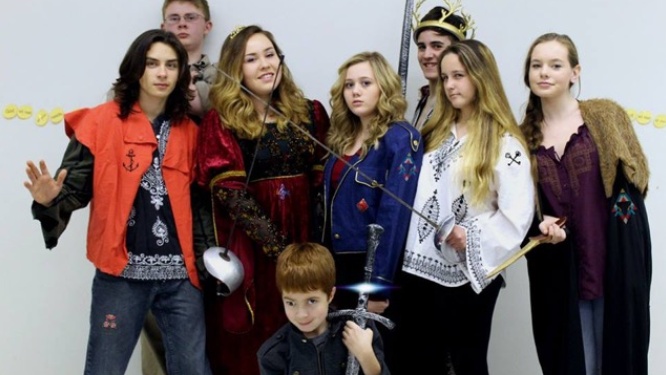 Dream Maker production’s upcoming Christmas show, The modern day classic The Princess Bride is a production that has a little of everything.  A great story, a positive message of hope and belonging, how friends are always there for each other and lots of laughter.

So often we hear the expression that this show is for all ages, but The Princess Bride truly is. Kids will love it as much as adults.  This play takes the audience through a series of fun and sometimes adventurous scenes, from the castle, to the dark forest and even a magical mystic land. “The show also features some magical special effects, and many twists and turns that are sure to entertain everyone.  The show has it all, suspense, drama, laughs, oh yeah, it shows that good always prevails over evil, and that if you try hard enough all dreams come true” states director Richard Boyer.  “It is a great story of the power of friendship.” The play also has a few beautiful Pixies who help to keep the story rolling with their unexpected antics.

The Princess Bride cast has the ability to create characters that are truly unforgettable and easy to relate to and easy to love.  This great cast makes it easy to take the audience through a constant movement of great classic scenes. The dialog is well crafted and the wit extremely sharp. This cast has to be one of the best groups of young local actors ever put together on one stage, keeping in the tradition of Dream Maker who boasts so many actors who have gone on to the big screen, television and professional stage. The mysterious young hero is played by Cameron Brunet, Jana Hickman as the princess, Angeline Moshonas as the Count, Natalie Carroll as the master of the sword, Inigo Montoya, Morgan Aitkens as Vezzini, and Liam O’Connor as the evil King just to name a few. Area schools have already been selling out the school performances in early December.

This show is every bit as good as any of the past shows in the last 15 years. (Grease, High School Musical, Annie, Wizard of Oz, Alice in Wonderland, Aladdin, Cinderella, Lost In The Woods, A Night Of Shakespeare, A Robert Munsch Collection, Fame…..)

The show dates are December 5th and 6th   at St. Lawrence Secondary. Tickets are on sale at Melody Music at only $5.00 a ticket. This show is reasonably priced for the whole family.