by Editorial Board
in Arts and Culture, News and Announcements
Reading Time: 1 min read
24 2 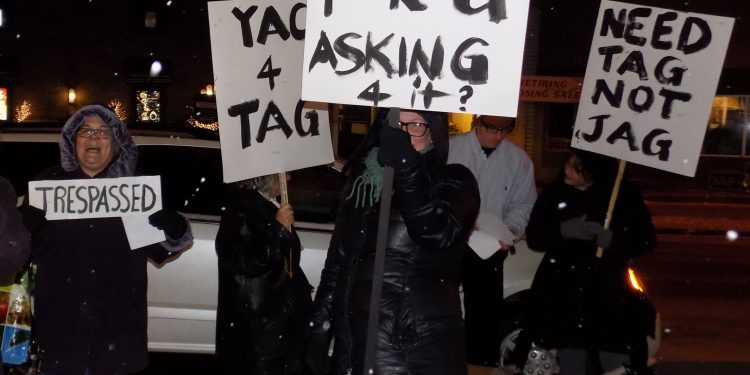 About a dozen people gathered in front of TAG on this cold February evening, in protest of the current administration of The Art Gallery.

Meanwhile, inside the venue, some 20 members of the public and of the media patiently listened to what TAG’s President, Wyatt Walsh, and its Director of Communication, Jamie Ghilcig, had to say.

The meeting was called in as an effort to “save the gallery” and was publicized as such.  It was meant to be an open discussion about finding funding and volunteers.  However, it quickly turned into a series of criticism and finger pointing at the current board of directors.  The 2 hour long meeting ended up with people leaving, describing the effort as a “waste of time”, and asking for resignations and accountability.  “The atmosphere in here is toxic”, said one of the people in attendance.

Clearly TAG, who has requested $85,000 in public funding at this year’s budget consultations, is still facing issues which may or may not lead to its closure.