by Editorial Board
in Arts and Culture, News and Announcements
Reading Time: 2 mins read
29 0 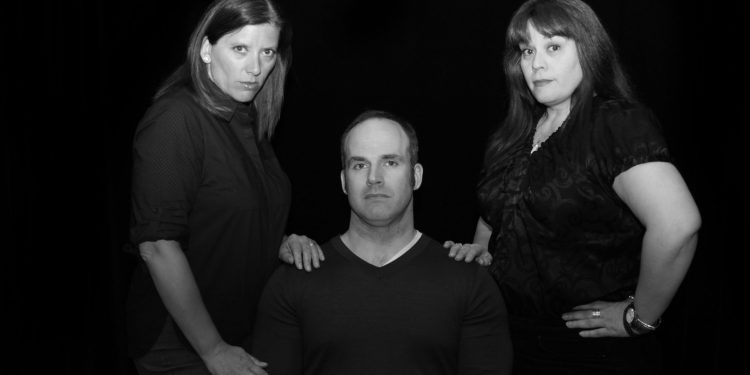 Following the success of their production of “Into the Woods” in February, the Seaway Valley Theatre Company continue their tenth anniversary season with their staging of Sir Noël Coward’s classic comedy, “Blithe Spirit” .

Charles Condamine (Terry Mazerolle) is a successful novelist who lives happily with his second wife, Ruth (Chantal Desnoyers), on their country estate. As research for a new book he’s writing, he and Ruth invite Madame Arcati (Christiane Taylor), an eccentric clairvoyant of questionable repute, to their home for a séance. They also invite their friends, George and Violet Bradman (Andy Davidson and Marion Barnes), to round out the evening. Charles’s ulterior motive to expose his bizarre guest as a fraud goes wildly askew when she accidentally conjures up the spirit of his ﬁrst wife, Elvira (Lacie Petrynka), who died seven years prior. Visible only to Charles and lonely for him on the “other side”, upper crust hilarity ensues as Elvira repeatedly tries to disrupt his current marriage to Ruth so she can have him to herself again. Unwittingly holding the key to solving the ghostly predicament is Edith (Anna Villeneuve), the Condomines’ ﬂighty though well meaning maid.

“Blithe Spirit” is produced by Lise Richer and directed by Michael DeWolfe. The play will be staged at Dream Builder Studios, 2107 Second Street West, on May 27, 28, June 3, 4, 10 and 11. Curtain time is 7:30 pm. A matinée will also be performed on Sunday, June 5 at 1:30 pm. Tickets are $20.00 and are available in advance online at ; in person at the Cornwall and Counties www.svtc.theticketwicket.ca Tourism Oﬃce, 691 Brookdale Avenue, Unit E; or by phone at 613-938-4748 or 1-800-937-4748. They will also be available at the door for thirty minutes before each performance. All seats are general admission and the theatre is wheelchair accessible. For more information, visit . Be sure www.svtc.ca to follow the hashtag #SVTCBlitheSpirit on social media, too.