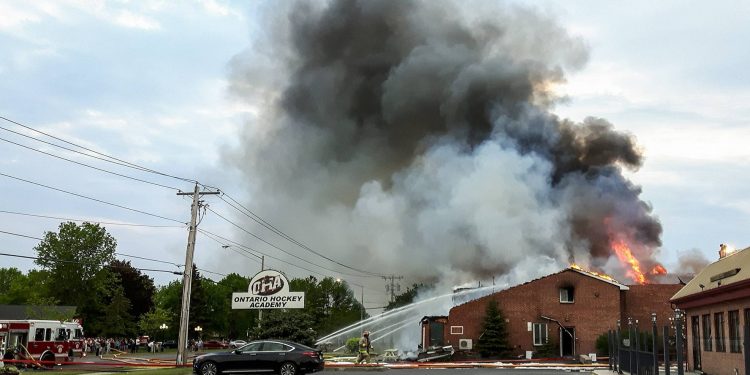 OHA students will sleep, eat, train and attend classes at the NavCentre while the 4.5 million dollar reconstruction of the new OHA facility is being built.

A massive fire engulfed the dormitory building of OHA on Thursday, May 26th, 2016. No students or staff were injured in that fire.

The Ontario Hockey Academy is an academic and athletic private school dedicated to hockey and preparing students for University. Students from all over the world have attended the school since it’s opening in 2008.

The announcement was made on social media earlier this week.