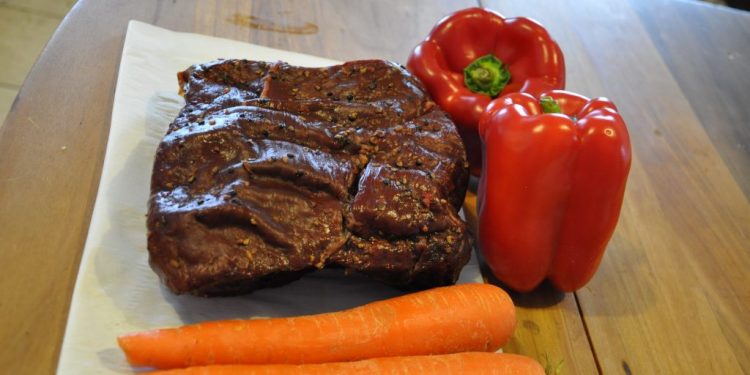 As the Holidays approach many are thinking about traditional meals to share with their families. At Marrow and Spice we find ourselves thinking about breaking from the status quo. Many of our customers are looking for alternatives to what they usually find at the grocery store, so this week I thought that I would discuss options for dinner on the 25th, other than the traditional turkey.

2 Great Granola Recipes just for you…

How To Find The Best Meal Kits Throughout Canada As much as I love turkey, I sometimes get tired of it being assumed, and wish for other wonderful foods with which we could celebrate. Why not a roast of beef or pork for Christmas, or for smaller gatherings, an extra large chicken rather than trying to find a super small turkey? My favourite above all of these is a traditionally smoked ham. I love ham. What is the difference between traditionally smoked ham and the product that most people are used to eating? Salt water and spices. What, you say? It is true, back in the day, you would add some salt water and spices (brine) to your meats destined for smoking; but just enough to get the flavours you wanted into the meat and the water out.

Curing meat was originally used to preserve the meat, and this process often involved two steps: brining, and smoking. Both steps can modify the flavour of the meat that is smoked. Brining involves salt as a moisture removing agent and acid as a muscle tissue penetrator (along with spices). Smoking dries the meat and makes it less susceptible to bacteria and other bad guys. So what has changed? Well, the meat industry figured out that if they over-brined a piece of meat, they could make it weigh more coming out of the smoker than it did going in. Traditionally preserved meats always weigh less coming out of the smoker than going in. In other words, the meat industry figured out how to sell you salt water at the price of meat!!

Take a traditionally smoked ham home, and you will find that it has more texture, better aroma, and more flavour.

If you think of the traditional holiday dinner, all of the side dishes go just as well with other meats as they do with turkey. Invite me over for a roast of beef, pork or smoked ham in the middle of a table featuring all of you favourite holiday starches and veggies, and I will be a happy camper. There are lots of recipes for stuffing made outside of the turkey, and they taste great. Tired of mashed potatoes? Try scalloped or roasted with garlic and rosemary. Need an alternative to cranberry sauce? Try a mango or apple chutney.

Next week we will be featuring traditional Thai Curry sausage, as well as traditionally smoked ham, home-style baked beans with pork hocks, and Jamaican Patties made in store. Let us know what you would like us to create as a take-home entree between now and Christmas, and we will make it for you!

and also don’t forget to call us for your Christmas catering needs or catering any time of the year for any type of event!
The All Year Round Indoor Farmers Market!
Marrow & Spice , Unit 40, 812 Pitt Street
613-933-3330
www.marrowandspice.com