by Editorial Board
in News and Announcements
Reading Time: 54 mins read
49 3 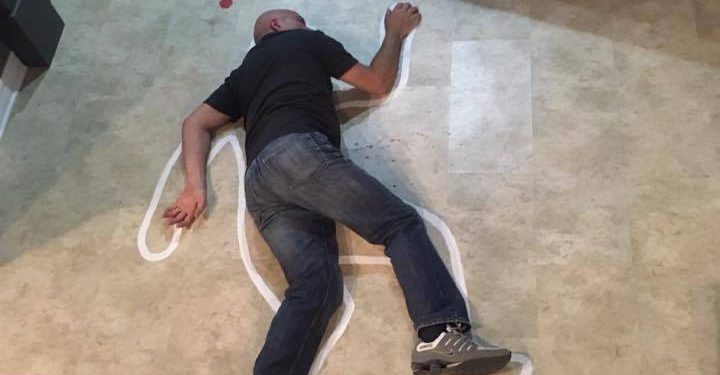 After years of popularity in Asia, Western Europe, and on the West Coast, escape rooms such as this one are popping up in major cities across the United States and Canada. Escape rooms appeal to people who seek video game type adventures with a real life experience and get out of the stress of the everyday.

Escape rooms are a relatively new type of entertainment that combine puzzle-solving and storytelling in a live immersive environment.

They’re not video games, but if you’ve ever played an RPG (Roll play game) video game in which you had to find clues and solve puzzles to advance through the game scenario, escape rooms are like live versions of those – ones in which you can touch and manipulate everything around you. These aren’t for little kids though…the primary participants are between 18-35 but we’ve seen this age go up to as much as 75, with many in their 50’s.

They’re not TV shows or movies, but if you’ve ever watched an exciting adventure story or a suspenseful thriller or a complex murder mystery, escape rooms are like live versions of those – ones in which you get to take part.

Playing escape rooms will help you improve your critical thinking and problem solving abilities. They’re also great opportunities to practice your teamwork and communication skills. Most importantly, though, they’re FUN!

The ultimate win for an escape game operator is making a group of players want to simultaneously curse you and high-five you. Seriously!  When escape room players love you and hate you at the same time, you’re doing something right! You’re looking for evidence frantically to prove your boss, Agent Jones, was murdered by the cartel, –the authorities are coming – and time is running out —

You’re shaken from the adrenaline-fueled mission that had you feeling like an ad­ven­ture-movie hero. Then you remember you’re in a setup. That you paid for.

The name of the game is “Escape Room” — a literal description for a complicated endeavor. A team of people signs up to be put in a room, and must find clues and solve puzzles to complete a given mission and find the “key” to escape.

For a long time, video and computer games had become very solitary, but now we’re seeing the emergence of the social and the physical. Rush Hour Escapes is Cornwall’s one and only locally owned and operated permanent escape room and is now open at 52 Pitt St. (Above Echo Trends). The Campbell family (Jordan, Colleen, Meagan and Sarah) opened only a few weeks ago and are already receiving 5 star ratings for Rush Hour’s CSI room.

People are surprised that such an awesome business is in Cornwall. We are often programed to expect that Cornwall businesses can’t be as good as the big city businesses. We know this mindset exists in Cornwall so we went above and beyond, we hired a firm from the UK to design our rooms.

Rush Hour Escapes is also very reasonably priced at $24 per person, similar rooms in larger cities can go as high as $50 and more! With comments such as “I’ve been to one in Toronto and this one is much better”, “Of the 8 that we’ve been to this one is in our top 2!” and “I’ve been to 10 escape rooms including Toronto, Ottawa and Orlando and RH is better than 9 of them!”, we have no doubt people will love it whether it’s your first room or your 40th.

How do you book a room? Go to www.rushhourescapes.ca and click on book now, you can choose the time and day that you wish to play. Do we offer corporate or off hour bookings? Yes we do, give us a call 613-935-5000.