Kids honoured at the Cogeco Youth Achievement Awards, powered by the Optimist Club 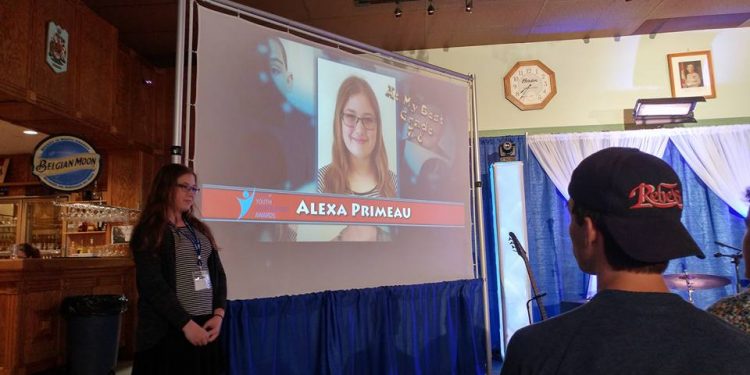 For the fourth consecutive time, the Optimist Club of Cornwall, joined this year by the newly formed Junior Optimist Club, and Cogeco TV honoured over 18 young achievers in the community.

Nominations were gathered from the community on behalf of students in grades 4 to 10 from across our region. and a judging panel selected the finalists in 3 categories: Caring is Cool, At My Best and Difference Makers.  The event will be televised tonight at 8pm on Cogeco TV.

Several guest speakers were present.  “You are all winners tonight,” said Ralph Brunton, President of the Optimist Club of Cornwall who also acted as presenter, along with two members of the Junior Optimist Club.

Mary Patrick, our local sharp shooter, spoke about the importance of young people in our world and how following their dreams, despite what other people say, should be a priority.  “Not all super heroes wear capes,” she said to a room filled with kids who have already accomplished great things and will, certainly, accomplish much more in the future.

The Seeker would like to congratulate each and every single one of the finalists.  You make a huge difference in our community.