And the tastiest burger of them all is… – Winners of Le Burger Week revealed!

by Editorial Board
in Columns, Events, Food and Recipes
Reading Time: 2 mins read
38 2 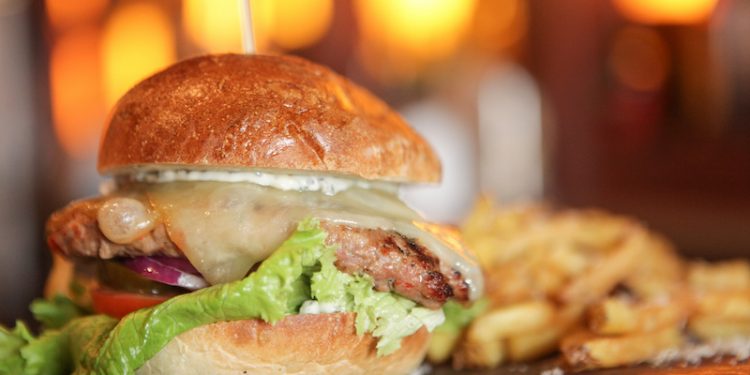 Cornwall, ONT,: The Seaway Food Festival and La Poutine Week released the final list of winners in the first Cornwall edition of Le Burger Week which took place from September 1st to 7th. The concept was pretty simple: local selected restaurants developed special burgers and customers voted for their favourite one. Ten establishments took on the challenge and their creations battled it out in this friendly competition where three (3) awards were up for grabs: The People’s Choice Award, The Jury Award, and The Burger Of The Year. In the end, we received hundreds of votes and sold over 1,000 burgers.

“What a great week. Once again, we were blown away by the creations of our restaurants and overjoyed by the response we received from our ‘Seaway Foodies’. It was overwhelming to see how quickly the city has embraced this event. I want to thank everyone who participated in this week and the amazing local businesses who took on this challenge and delivered without a doubt the best burgers Cornwall has ever seen,” said Seaway Food Festival Director Sebastien “Mani” Manigat.

Burger Of The Year: Schnitzels’ The Drama Burger

This award is presented by the Seaway Food Festival. It is intended to recognize overall the most outstanding burger of the week in taste, creativity, artistic presentation, and execution.

This award is given to the burger who received the most votes online.

The Jury Award: This award is given out by our panel of local judges to the burger who best embodies the essence of Le Burger Week. The criteria in which all burgers were considered were: originality, formulation and visual presentation. The last determining factor was the taste test which took place Thursday, September 7th. Our judges for this award were: Matthew Girgis (Seaway News), Bill Makinson (Cogeco TV) Debbie Poirier-Burns (WOWW Dinner Series), Danielle MacNeil (Maison Baldwin), Sebastien “Mani” Manigat (Director & Founder of Seaway Food Festival) and Matt Drouin (Traeger Grills).