by Editorial Board
in Sports, You May Also Like
Reading Time: 3 mins read
163 7 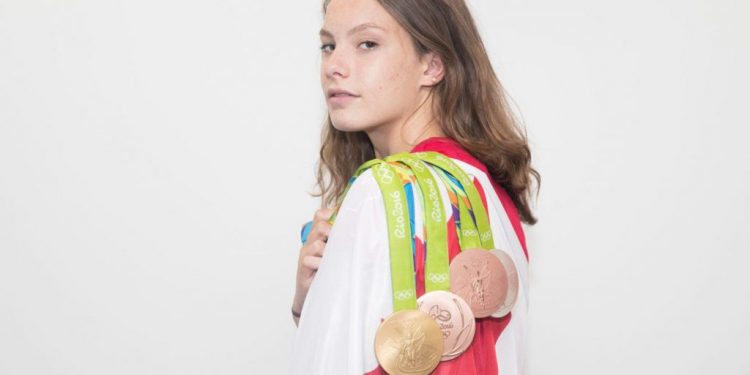 Canada has an incredibly strong sporting history and culture. But the province contributing more than any other to that heritage has to be Ontario, whose sporting pedigree rivals that of any other province, state, or territory in the world.

In an effort to not make this a hockey-only list (that’s another post entirely) by choosing just one athlete per sport, here are Ontario’s seven greatest sportspeople.

What is Otosclerosis, and How Do You Treat It?

Upon entering the CFL as a defensive back, McMaster University graduate Russ Jackson switched to quarterback, a move that paid off in the form of three Grey Cup titles with the Ottawa Rough Riders.

During his 12 seasons, Jackson was a three-time CFL MOP, four-time Most Outstanding Canadian, and six-time Eastern Conference All-Star. Today he remains the only Canadian-born QB to throw for over 20,000 yards and is widely regarded as the league’s greatest native player ever.

Although she’s still just 17 and has competed at only one Olympics, Toronto’s Penny Oleksiak has already accomplished more than nearly every other Canadian Olympian ever. At Rio she became the first countryman or woman to win four medals at a single summer Games, during which she also became Canada’s youngest gold medal winner ever.

Just two more Olympic medals will tie her as Canada’s all-time leader and based on her recent performance at the World Championships and World Junior Championships (five golds and two bronze), that seems incredibly likely to happen at the 2020 Olympics in Tokyo.

Sure, he may not have any European hardware to his name like fellow Ontarians like Atiba Hutchinson or Paul Stalteri, but Dwayne De Rosario’s accomplishments in North America are no less impressive. A four-time MLS Cup Champion, Scarborough’s own DeRo is also the league’s sixth-leading scorer of all-time with 104 goals in 14 seasons.

Internationally, he is also Les Rouges‘ all-time leading scorer, fourth all-time in caps, and was a member of the 2000 Gold Cup-winning squad.

According to betting.ca The greatest poker player ever (arguably) often proudly wears a Leafs sweater at the tournament tables. Raised in North York, Daniel Negreanu is the largest live tournament poker winner of all time, having raked in over $34,000,000 in prize money during his career.

In addition to being the only only two-time winner of the World Series of Poker Player of the Year award, ‘Kid Poker’ has made 36 WSOP Final Tables, winning six bracelets. So respected are Negreanu’s skills, he is always listed by the majority of online sportsbooks, such as those found on sites like OnlineCasino.ca, as one of the pre-tournament favorites (66/1 odds in 2017) to win the WSOP Main Event every summer.

For now, Ferguson Jenkins remains the only Canadian in the National Baseball Hall of Fame. Also the first Canadian winner of the Cy Young Award (1971), ‘Fergie’ amassed seven 20-win seasons and over 3,000 strikeouts in his 19-year MLB career.

Born and raised in Chatham, Jenkins won every national honour a Canadian athlete can win and while he never won a World Series, was a three-time All Star. In his ‘spare’ time during the offseason he also played basketball with the Harlem Globetrotters and after retiring from pro baseball he played with the semi-pro London Majors just for fun.

While Wiggins may eventually challenge him, right now no Ontario-born basketball player is more accomplished than Rick Fox.

While he was never the star, Fox played a pivotal role during the Lakers’ run of three straight NBA Championships, starting nearly every game from 2000-02. Behind only Steve Nash, Fox is also second all-time in career points and assists among Canadians.

He’s called The Great One for a reason and needs no introduction (especially because all of his accomplishments wouldn’t even begin to fit in this post). The Brantford native and four-time Stanley Cup champion was skating before he was three, had scored 1,000 goals before he was 13, and by 19 led the NHL in scoring (tied).

Of No. 99’s countless records, several that will likely never be broken include his 50 goals in the first 39 games of a season, his twelve consecutive 40-goal seasons, 51-game point scoring streak, and 2,857 career points.