by Editorial Board
in Arts and Culture, Events
Reading Time: 2 mins read
41 3 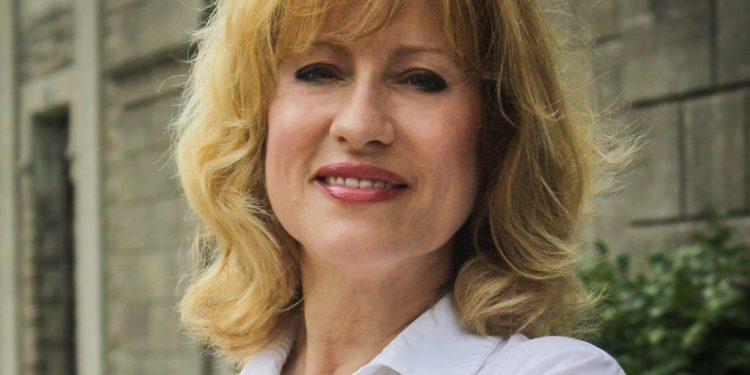 Cornwall, ON: For Farran Mackenzie fans, the long wait is over. Award-winning Canadian mystery writer Maggie Wheeler will introduce her fifth historical mystery All My Worldly Goods at the Cornwall Public Library October 15.

As the Seaway Valley’s Queen of Crime, Maggie Wheeler has spent over 15 years showcasing the social, cultural and psychological impact of the St. Lawrence Seaway and Power Project on Canadians affected. She is the author of the best-selling “Lost Villages” historical murder mystery series, which has garnered a nomination for the Ontario Premier’s Awards for the Arts, an Ontario Provincial Hansard, and the “people’s choice” Seeker’s Award for Literary Artist of the Year 2013. The series has been used to teach English and history from intermediate to post-secondary levels in Eastern Ontario and Upper New York State. In January of 2017, Maggie was named Ottawa’s Favourite Author (female) by FACES Magazine.

Coming back from a few years’ hiatus, Wheeler says she’s looking forward to visiting Cornwall with the new book.  Cornwall readers have always had a warm reception to her work, but this new novel has a bit of a departure for her fans.

“All My Worldly Goods picks up where the fourth novel left off some years ago,” Wheeler explains, “but while the Seaway history still figures in this, my heroine Farran Mackenzie must go farther back in time to find out her grandmother’s history as a British Home Child (BHC) as part of solving her possible murder.”

For Wheeler, the connection to the BHC history is personal, as her own grandmother came to Canada as part of Great Britain’s emigration program that spanned decades, from 1869 to 1939.

“My family really started digging into the BHC history about three years ago,” explains Wheeler, “because, as with most BHC descendants, we knew next to nothing about it or my grandmother’s history. It’s been a journey. I wanted to explore and showcase the history through my writing. Happily, I was able to make it part of my Lost Villages mystery series.”

The Canada Council for the Arts supplied a grant for Wheeler’s writing and research of the new novel. She says the Council’s generous support is part of the increased awareness at the federal level for this part of our nation’s history.

“This year, Canada marks 150 years of nationhood,” says Wheeler. “The 100,000 British Home Children who came to Canada and the over 5 million Canadians who are their descendants are definitely part of that story.

“It’s also,” she adds with a smile, “another great era in Canadian history to create a murder.”

Maggie’s presentation and book signing will begin at 2:00 p.m.