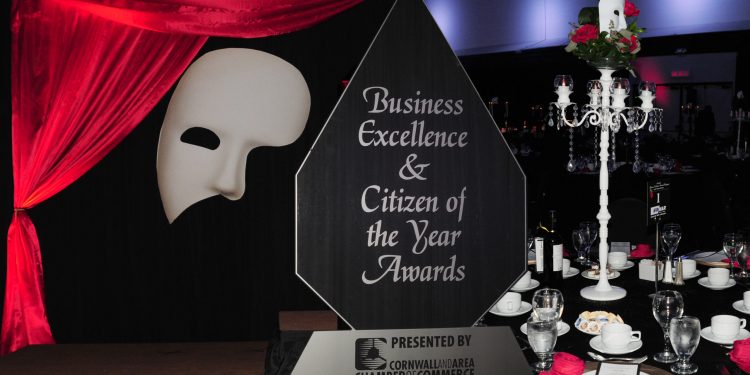 December 19, 2017 – It is one of Cornwall’s most distinguished affairs. The Cornwall and Area Chamber of Commerce Business Excellence Awards, along with the prestigious Citizen of the Year, recognizes firms and individuals throughout the community who have made a positive difference.

“There are both local citizens and companies in Cornwall whose endeavours have made our community a better place to work and to live,” states Chamber President, Rory MacLennan. “The Chamber’s Awards banquet is our way of paying tribute for their outstanding contributions.”

There are five business awards along with four individual ones including the newly announced Young Professionals award. In addition, there are two special awards: Breakthrough, and the Dr. Garth Taylor Humanitarian, bestowed when there are worthy candidates or, a meaningful event.

“This is a special year for the event,” says MacLennan. “The 2018 banquet will celebrate the 30th anniversary of the Chamber’s Business Excellence Awards, and along with the Citizen of the Year, celebrated for close to 50 years, this year’s event will have a special significance for the entire City of Cornwall.”

“Nominations for the various awards are now open and the Chamber encourages people to submit the name of an individual or company they believe should be recognized. Nomination forms can be picked up at the Chamber office on Second Street or, they can be printed off, on-line at cornwallchamber.com/wp-content/uploads/2017/10/nomination-form-2017.pdf.

Agree to Disagree: Receiving out of Giving