by Editorial Board
in Sports
Reading Time: 2 mins read
26 1 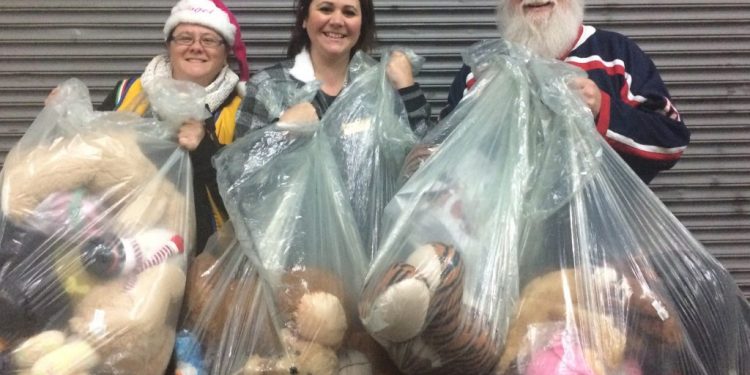 Cornwall, Ontario– Konnor MacCormick and Jeremy Quesnel each had a hat trick as the Colts whipped Kemptville 9-3 on Teddy Bear Toss night at the Ed Lumley Arena.

David Poirier had a career game with a goal and four assists as the Colts improved 17-13-4-1 (39pts) and are now on a four game winning streak.

Liam Lascelle earned the victory in goal as the shots were tied 34-34.

The game was also Teddy Bear Toss Night with hundreds of stuffed toys being thrown onto the ice after the Colts scored their first goal of the game. The stuffed toys were collected by the Optimist Club for their annual Christmas toy drive.
The Colts are back in action next Thursday (December 14th) when they host Pembroke. Game time is 7:30pm at the Ed Lumley Arena.

The Colts next road game is Friday, December 15th when they play Hawkesbury at the Glengarry Sports Palace. Game time is 8pm.

The Colts will be taking part in the 3rd Annual Benson Colts Charity Hockey Game this Sunday in support of St. Vincent De Paul Society. Local celebrities will be lining up alongside the Colts. Admission is $5 or non-perishable food items. Post-game party will be held at Shoeless Joe’s Cornwall with proceeds of all food sales being donated to St. Vincent De Paul. Game time is 2pm at the Benson Centre (Pad 1).