Nats fall to Wolves in shootout

by Editorial Board
in Sports
Reading Time: 2 mins read
31 2 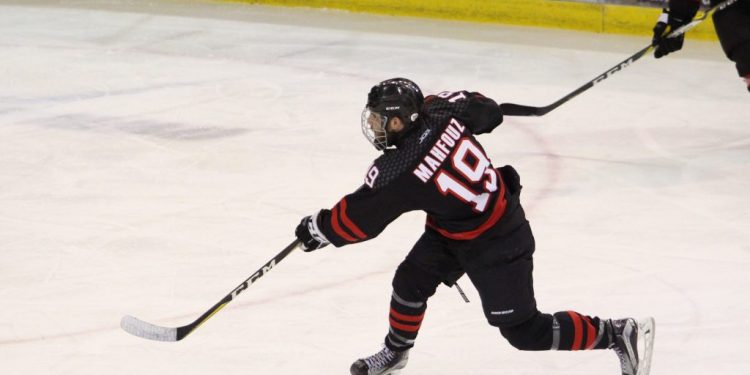 CORNWALL – The Watertown Wolves edged the Cornwall Nationals 7-6 in a shootout on Saturday night at the Civic Complex.

The Nationals got off to a quick start on the night, with powerplay goals 36 seconds apart by Cam Bakker and Eric Witzel early in the first period. Maxime Guyon then gave Cornwall a 3-0 lead at 7:19 of the first.

Watertown fought back on goals by Nate O’Brien and Jesse Facchini, to cut the lead to 3-2. Daniel Martin, with his first of the season, then gave the Nationals a 4-2 lead with 1:08 to play in the opening period.

The Wolves took over in the second period, however, leveling the score on goals by Anton Lennartsson and Brett Angel. Scully’s shorthanded effort, with 1:11 to play in the middle frame, gave Watertown its first lead of the contest. The Wolves outshot the Nationals 19-8 in the second.

Cornwall tied the game 3:48 into the third with its third powerplay goal of the game, Witzel’s second of the night.

Brandon Vuic gave the Nationals the lead once again with 8:27 to play in the third period. But the Wolves fought back once again, getting the equalizer with 1:36 to play in regulation by Scully.

Watertown outshot Cornwall 44-33, including 3-2 in overtime. Bakker (first), Guyon (second) and Scully were the announced stars in front of a gathering of 532.

ROAD LOSS: On Friday night at Watertown, the Nationals were shut out for the first time this season as the Wolves skated to a 4-0 victory. Jesse Facchini led the Watertown attacked with two goals, while Kyle Powell and Tyler Gjurich added singles. Matt Kaludis stopped all 19 shots he faced.

NEXT WEEK: The Nationals host the Danville Dashers twice next weekend at the Civic Complex. On Saturday, Cornwall welcomes the Dashers for a 7:30 p.m. start. The following afternoon, the Nationals and Dashers