by Lisa Gray
in Locals in the Loupe
Reading Time: 3 mins read
29 1 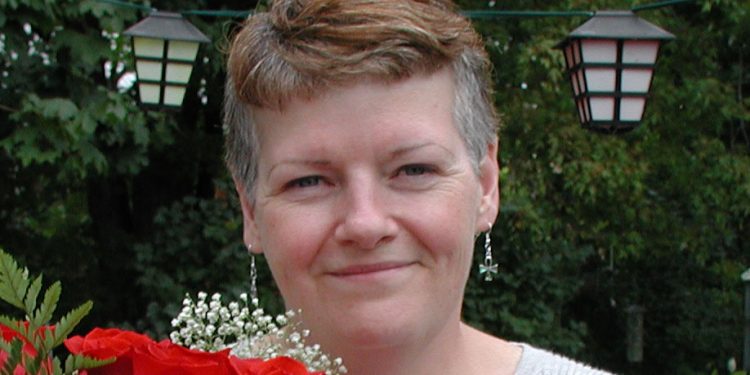 In the McLeod family Clan, a sprig of Juniper berries was worn at the shoulder of a lady’s tartan sash. Called a protective charm, it was oftentimes used to bless the home.

Few people can attest to living up to their Clan Badge as Isabel McLeod-Russell, who’s Held Fast to her family beliefs right from the start.

Isabel’s roots began north of Lancaster in 1939 on the family farm with her parents, two siblings and one mahogany upright piano, belonging to her mother Helena.

She remembers the neighbors coming over at Christmas with their fiddles and song and watching with glee the singing and dancing…filling the house with laughter. The wood stove blasting out its bellows, coloring everyone’s cheeks in merriment and celebration, setting the tone for the dreams of a child.

When she was seven the family moved to Cornwall and placed that piano in the front room, where the trilling of the keys could be heard up and down the street every Sunday afternoon for years. Of the many traditions that Isabel learned from her Mother, moving all those plants and roses up from the farm has been the most everlasting for there’s rarely been a summer that the most beautiful peony or wild tea rose can’t be found for a centerpiece, at the dining room table.

After grade school at Central Public, Isabel graduated on to CCVS where she was taught history by none other than Mary Stewart, whose father raised her to believe that ‘Girls Can Do Anything.’ In her natural way, Isabel described Mary as well balanced and funny, allowing her students to visit a while before setting their mind to books and learning.

With role models like that it’s no surprise that Isabel became a teacher. A year of Teachers College brought her back full circle to Central Public where she taught grades 4-5 for two years. When the kids were a bit older, she did some supply work and private tutoring, one-on-one in her home.

Isabel described her years at Central with a teacher’s satisfaction as she watched the younger ones slowly find their way. You were pretty important to them, so how you dressed-what you wore-what you said-what you thought about was of the utmost importance. You were put on a pedestal because you’d made a connection in their life and you couldn’t let them down-you wouldn’t let them down.

You held Fast and Steady, like the Clan Badge of your moniker and had no use for anger or fighting people. You always wanted to do the right thing and saw the Good in everyone regardless of social status.

You respect the structure of the Royal Family, following their traditions with fascination and grace. You loved 40’s actress, June Allyson for her clean cut personality and pretty soon, started dressing like her in timeless pieces that suited any occasion.

And then the house is filled with neighbors who are either playing bridge or admiring the wild roses that line the yard and you remember your Mother, in all that she gave you.

So one summer vacation you take the family down to the ocean in Maine, driving home through Vermont. And your eye wanders over little hills and dales towards those wooden churches propped up in pretty, picturesque towns.

And maybe one Sunday-for your birthday, you’ll go down to the Village Inn for its old home feel with lots of character with real table cloths in willow patterned, wedge-wood blue and white dinner-ware that remind you of home in the country.

And you pick up the phone and take a ride down to Adolphus to check out the Telephone peas that are growing out in the garden that are so sweet and delicious. Then you walk a little further and see that someone’s tied up your Mother’s peony so the heavy flowers can catch the sun. You do a little weeding and remember to stop and visit the neighbors before heading home, because that’s just who you are.

And waiting in the front room like an old friend, is the Gerhard Heintzman # 35600 piano that was gifted to your Mother by her Father, on her 10th birthday. That’s followed down the many roads of your life onto its current resting place in your Granddaughter’s living room. And something that not too many people know is the connection between the teacher and the piano maker, whose aim was to produce uncompromised-high-quality instruments, regardless of what the rest of the world was doing and whose reputation carried them into the twenty-first century.