by Mai-Liis Renaud
in Arts and Culture, Entertainment
5 min read
0 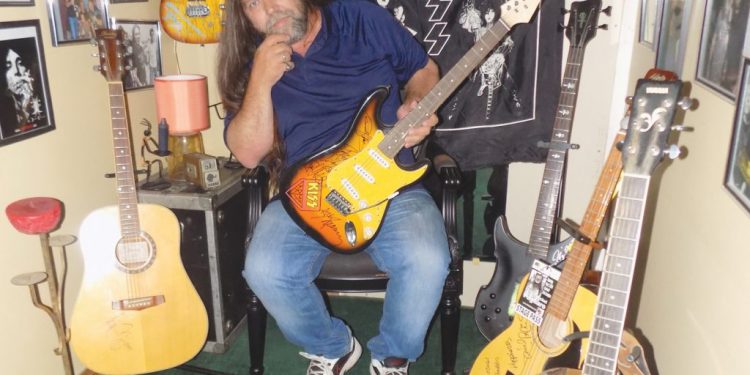 Cornwall, Ontario – “Cornwall will not lack in Musical Entertainment while I’m around” stated Jeff Brunet of Alkaline Entertainment.

Whether meeting him personally or attending one of the many concerts that he has organized, I’m sure everyone has at some time or another, come into contact with concert promoter Jeff Brunet of Alkaline Entertainment. I (Mai-Liis) have worked with him as his Graphic Designer for many years, designing his posters, flyers, tickets, banners etc. and helping him with marketing the many artists and bands that he brings to Cornwall. Jeff always talks about the memorabilia that he has collected over the years, so I thought it was time that I checked these items out for myself.

Memorabilia he indeed does have, lots and lots of it!

First impressions – I thought I was walking into a “museum of music”. Guitars, walls full of signed posters, announcements, newspaper clippings … wow! Even though I have worked with him for a while, I took this opportunity to ask Jeff the famous 5 Seeker Interview Questions to find out a bit more about his exciting music-related journey.

Question #1: So, Jeff, you are known as “The man behind Alkaline Entertainment”. Tell me how this all started for you?

Well, it all started when I was in my teens. Bands would come to Cornwall to the Civic Complex, and I would hang out and watch the setup and how things were done.

In my early twenties, I became a roadie and worked with artists like Liberace, Bryan Adams, The Judds, Neil Young and my all time favourites, Kiss. It was an exciting time. I remember travelling with Brian Adams. We would do the Peterborough, Kingston to Cornwall tour and then in Cornwall I’d be picked up by another tour.

I spent years hitting the road with bands like Harlequin and Honeymoon Suite. I studied how concert promoters operated and thought, “I could do this…”

One of the first gigs that I worked on was at the Cattle Castle at Landsdowne Park where I booked Iron Maiden, Panterra, Skid Row and the Killer Dwarfs, all in one weekend. At this time I was working with Warner Music and landed a job at Barrymore’s in Ottawa where I worked as a booking agent with the late Gord Kent.

In 1996 I started the company Storm Entertainment and organizsed the first “Battle of the Bands” at la Maison here in Cornwall. The band Sum 41 made it to the finals but had to bow out as they got picked up by a major record label. As Storm I also booked bands like Kim Mitchell, The Cult, Smashing Pumpkins, Lace, Ashley McIsaac, Triumph, Glass Tiger, Nazareth, Buck Cherry, Styx, Saga and Iron Maiden. I also worked with Our Lady Peace, Stan Peters, Paul Shaeffer, Dan Ackroyd and Bill Belushi of the Blues Brothers.

One of my jobs was to make sure that all contracts with the bands were drawn up and also their needs, technically and in the dressing rooms were catered to as well. The dressing room request list certainly taught me a lot about the characters of the artists.

I especially remember the lists for 3 bands that I booked at the Civic Complex on my last night as Storm Entertainment, before I sold the name to “Big Mama Productions” and took the name Alkaline Entertainment.

Like I said there were 3 dressing rooms with 3 very different requests: #1 was Glass Tiger – Herbal tea and sparkling water, 12 pack of Heineken, a tray of fresh fruits and veggies. #2 was Rick Emmet (former lead vocalist of Triumph) – 2 1/2 cases of beer (Canadian), 1 case of water, a bottle of red and a bottle of white wine, a fruit ray and mixes for drinks. #3 was Nazareth – 3 – 24s of beer, 6 bottles of hard liquor, 4 bottles of red wine and 3 bottles of white plus a few other things that I can’t mention here!!! I, love what I do and over the years have worked with names too numerous to mention.

Question #2. Speaking of names. Who are some of the more famous names that you’ve bought to Cornwall?

I have booked Michel Pagliaro, Nickleback, Kenny Shields and Streetheart, Prism, Helix, Emerson Drive, John Corabi of Motley Crue, Toronto, Darby Mills of the Headpins, The Box, Sum 41, Chilliwack and the Trailer Park Boys and of course Alice Cooper! With Alice it was a case of being at the right place at the right time. He had been booked at another venue not far from here but the tickets sales were very low and he didn’t want to perform in front of a crowd of only 400 people so I had 7 days to sell tickets and bought him to the Cornwall Civic Complex to perform in front of a crowd of 2,500!

Question #3. Who are some of the more famous names that you have worked with?

Question #4. Who has inspired you musically?

Question #5. Memorabilia – What are some of your more treasured pieces and from whom?

My most treasured is an autographed guitar signed by the original members of Kiss (seen in the photo above in Jeff’s hands). I have been a longtime fan of Kiss since the age of 9, and I’ve seen them in concert 16 times. I also have a Fender Guitar signed by Motley Crue. One of my most fondest pieces though is a Bass Guitar signed by the Winery Dogs.

Your favourite saying is “I have a lot more events up my sleeve” … and I know that you are presently working on the Summerstown Country Tribute Jamboree which will be taking place on Saturday, June 23rd. Tell me more about this event …

Well, this event will be a celebration of classic country western music. Free camping will be available on site. There will be a classic car show on the day of the event and continuing the following day. There will be food vendors and flea market vendors as well. Plus it will be the last event to see Donna Huber as Shania Twin as she has decided to retire! It will be an LCBO licensed event 19+. Bring your own chairs, and no coolers will be allowed within the grounds of the music event in the circle. There will be a 50/50 draw…a raffle for an Acoustic guitar provided by Melody Music, a cowboy hat and a bottle of Jack Daniels supplied by Alkaline Entertainment, winner takes all. All proceeds from the raffle and the 50/50 will be donated to Carefor Hospice Cornwall. Tickets are $30 and can be purchased at the following locations; Cornwall Square Lotto Kiosk, Melody Music, Bob T. Tack Shop in Lancaster, Royal Canadian Legion in Lancaster and Cornwall, Benson Auto Parts in Alexandria, Summerstown Flea Market and tickets will be available at the Main Gate the day of the event. There will only be a 1,000 tickets available for this event. For more information please call me at 613-933-5882.

Thanks Jeff and if you ever meet this guy – he has a million more stories to tell – so be sure to ask him about his interesting journey!

… And as a SPECIAL FATHERS DAY DRAW – Jeff has given the Seeker 6 tickets to his event which we will draw on The Seeker – events and happenings facebook group on Father’s Day, this Sunday, June 17th … 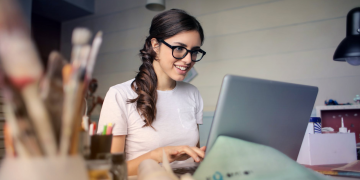 Optimist raise Money to Stuff the Bus with Corus