by The Seeker
in Leisure & Lifestyle
Reading Time: 4 mins read 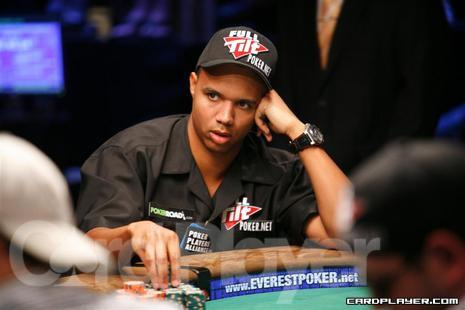 Bluffs are commonplace in the world of poker. In fact, these bluffs are what make the game exciting both for the players and the audience. They require a mixture of skills and luck. Imagine winning millions of dollars with just one raise of that eyebrow or a devilish smile.

You can learn how to bluff using one of the great poker bluff guides you can find online, still you need year of experience to master poker bluffing like the pro’s. Professional poker players know how bluffs can turn the odds into their favor, and some of them have managed to pull off some of the mouth-gaping tricks in the history of poker. Here are a few of them:

This happened during the WSOP 2003 Heads Up best poker players in the world. For starters, Farha is known as a clever player, able to read the face of anyone no matter how deadpan the front of his opponents might be. Moneymaker, on the other hand, had no hand to speak of, but he managed to beat Farha’s pair of nines.

When it comes to bluffs, this is perhaps the most interesting as two of the greatest bluff masters in poker history tries to out-bluff each other. We are talking about Phil Ivey and Phil Jackson in their Heads-up in Monte Carlo face-off with a million dollars at stake.

At that time, a $44,000 pot was already at stake. Ivey had a queen-eight suit versus Jackson’shad six-five off-suit.  First Ivey raised the ante at 80,000 while Jackson countered with 170,000. Ivey back-countered with 320,000 followed by Jackson’s 470,000. At that point, Ivey paused for some careful thought and finally went all-in causing Jackson to fold. That’s sheer genius.

This daring bluff happened during the PokersStars.net world poker tour. The bluff was made by Isaac Haxton, who declared an all-in with only a three-high in his hands. He was playing against Ryan Daut, who was also bluffing using his seven-high.  But it was Haxton’s night as he remained unfazed despite having fewer chips. Finally, the impossible happened – Daut folded, and Haxton won over $1.5 million that night.

Tom Dwan can have the moniker, “Bluff Maestro,” because of the number of dramatic bluffs he has pulled off in different tournaments. This particular situation is no different.

He was battling it on the tables with Greenstein and Eastgate, who have two aces and a stable hand respectively. Dwan, on the other hand, has a losing position, but he still pushed the stakes higher. Because of his audacity, his opponents were doubtful about their cards and eventually folding into the pressure.

The stage was the 1982 Poker World Series, and Jack Strauss was on the table of a high stakes no-limit Texas Hold ‘Em. Strauss had a 7-2 off suit, one of the worst possible hand any player can have. Despite this, he raised the pot, a move that rattled his opponents and caused them to fold, except for one player. He and Strauss battled it out on the table. As everyone was holding their breath, Strauss made a surprising offer to the player. He said his opponent can see one of his cards for $25. He bit the bait and saw a 2, which made him think Strauss had a full house. He folded only to realize that all his cards are weak.

This is Tom Dwan’s second entry because of how Dwan was able to beat Sammy George using the worst hand in poker during the Million Dollar Challenge. Like Strauss in the previous item, Dwan had a 7-2 off-suit, but he announced that he had a seven-deuce. Being a seasoned player himself, George did not bite the bluff, of course. But with Dwan’s audacity, George flopped despite having two pairs of sixes and aces.

Scotty Nguyen is another bluff master who managed to beat Costa Rican poker player, Humberto Brenes with and 8-3 offsuit,. He managed to do that by bluffing at the very start of the game, With only an 8c-3s, he started the ante with 21,000. Brenes answered with a 40,000 and an As-10c hand. Then, Nguyen raised it again at 100,000 causing Brenes to fold.

This is another massive bluff by Phil Ivey against Barry Greenstein with only a 5s-2d hand. No one in their right mind would do this, but Ivey did, and he got away with it. What Ivey did was three-bet Greenstein during the opening. After that, he five-bet all in when Lex Veldhuis did a four-bet. Ivey then made a final bet of more than $197,000.

It involves Phil Ivey again, but this time, he was at the receiving end with Brad Booth on the winning side. The game was High Stakes Poker with David Williams raising the bet at $1,800. Booth did a three-bet to $5,800 with only a 4s-2s hand. Ivey followed with a four-bet to $14,000 with a pair of red kings. That would have caused any player to give up, but Booth had other plans. After Ivey placed a $23,000 bet, Booth went all in with $300,000. That worked, and Ivey folded giving up the pot to Booth.

The game was High Stakes Poker, and the players had a rule back then that when any player had a seven-deuce and showed their bluff, they would receive a specific pay-off from other players who were on the table. One player that everybody did not expect to have that seven-deuce hand was Phil Hellmuth.

What makes the win more interesting was when Mike Matusow told himself to fold pocket kings and said something about Hellmuth not to bet on a large river if he doesn’t have a big hand.