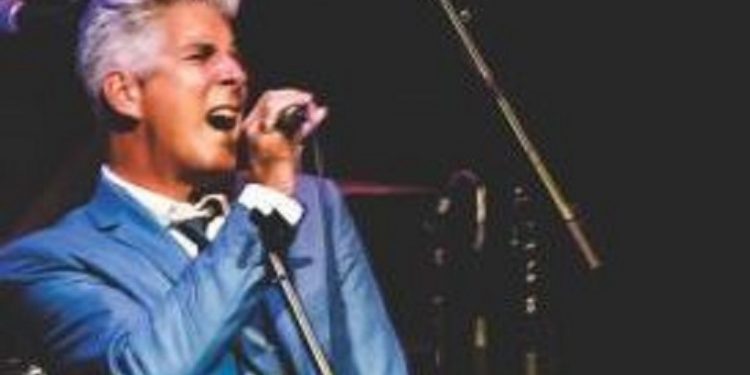 Cornwall, Ontario – Bowie Lives is a fantastic presentation featuring multi award-winning vocalist Michael Bell and his band of master musicians as they bring the music of David Bowie back to life while they present hits ranging from the Spiders from Mars to the Scary Monster, Bell conjures the vocal performances and the hits that span 4 decades. After David’s untimely passing in 2016, Bell was approached with offers to pay tribute to the artist once again, that inspired him over the course of his own music recordings and stage career, and he couldn’t resist.

“One of the most talented vocalists I’ve ever worked with,” says LA producer Greg Wells (Katy Perry, Aerosmith, Adele). “Do not miss this show….what a talent….young Americans so many lyrics crammed into 2 minutes..watch him nail it.” ~ Theatre Manager Port Perry Town Hall Theatre Nancy Bissett.  This band has been making their way through theatres and clubs across Ontario celebrating the music and influence of rock’s most progressive artist, David Bowie. Bowie Lives takes the audience through decades of “sounds and visions.”

Don’t delay get your tickets in various ways:  $20/early bird, $25/advance or $30 at the door/132 Montreal Road, Cornwall OR Tickets are available at Melody Music & Cornwall Square Lottery Kiosk, St Lawrence Appliance and Port Theatre Box Office (during show times) at 132 Montreal Road, or call 613 933 4547 or 613 330 2963.  Doors open at 7 pm and the show begins at 8 pm.  Come to see and hear what all the talk is about November 17th, 8 pm! Come dressed as your favorite David Bowie persona.  Fans proclaim “Amazing show! A must see for Bowie fans young and old.