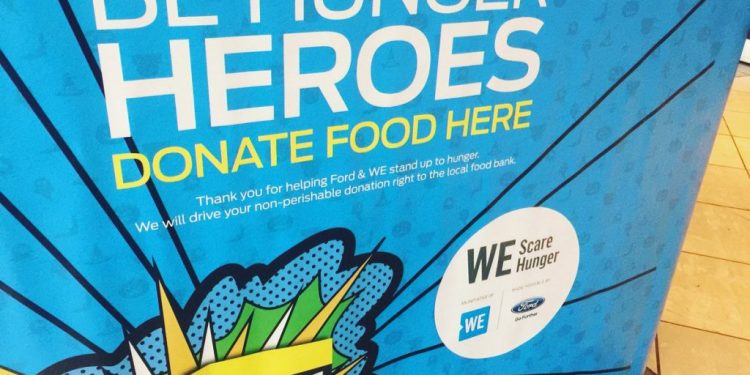 Cornwall, Ontario – This year, Miller Hughes Ford is collecting donations in support of local food banks through WE Scare Hunger, an awareness and action-based campaign that educates young people about local hunger issues and empowers them to lead their own food drive.

“Hunger continues to be an issue worldwide and we understand how difficult it is to end, but with the help of our community and schools, we hope to make an impact locally – ending hunger for as many families as possible right here in Cornwall,” said Shawn Maloney, Dealer Principal of Miller Hughes Ford.

The WE Scare Hunger team is asking for the community’s support again this year. Miller Hughes Ford is accepting non-perishable donations at its dealership at 711, Pitt Street from 8:00 am until 7:00 pm until the end of the week.