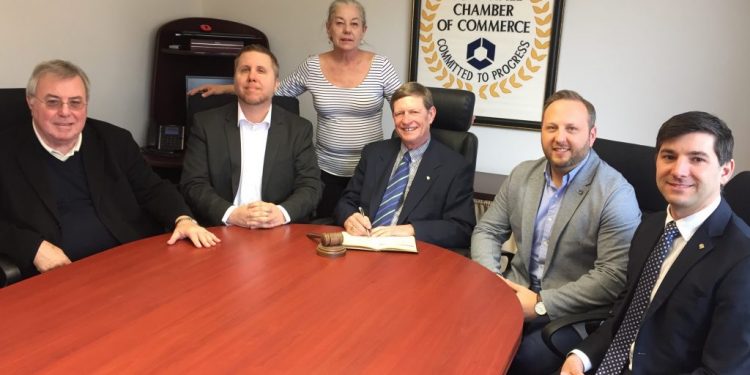 Cornwall, Ontario – Today, the Cornwall Chamber of Commerce and the Ontario Chamber of Commerce (OCC) released the following statement in response to the Government of Ontario’s announcement regarding the Making Ontario Open for Business Act. The announcement included a near full repeal of Bill 148, dissolution of the Ontario College of Trades (the College), and improvements to the journeyperson-to-apprentice ratio.

“Today’s announcement is welcome news for workers and businesses of all sizes throughout Ontario, as well as a bold step in creating a stronger and more prosperous province,” declares Chamber President, Rory MacLennan. “Speaking for the Ontario Chamber Network, the Cornwall Chamber is pleased that the Government of Ontario is holding strong on its commitment to keep Ontario open for business. It is now more critical than ever to create an economy that ensures both employers and employees are prepared for the labour market needs of tomorrow.”

However, unions and workers across the province disagree with Ford’s labour law rollback. There have been rallies against the PC’s repeal of Bill 148 as reported in the Ottawa Citizen.

According to the Chamber: The Government of Ontario is taking the right steps in building labour legislation that is both reasonable for employers and fair to workers. As Ontario’s business advocate, our position has always been clear: Bill 148 was too much, too fast. The compounding labour reforms and unintended consequences came at too high a cost to Ontario’s economy. The Cornwall Chamber applauds the Government of Ontario for implementing balanced policies that make it easier to invest, start, and grow a business as well as build an economy that connects workers to jobs.

Today’s news signals the provincial government’s commitment to making Ontario’s skilled trades apprenticeship system more responsive to the needs of the economy, and to addressing a dire labour shortage. The College has become overly focused on enforcement and regulation, limiting its ability to serve the public interest by attracting and training new tradespeople.

The Ontario Chamber Network has long advocated for the College to modernize the apprenticeship application system, promote the skilled trades as a viable career option for young people, and revise the journeyperson-to-apprentice ratio framework to create more opportunities within the skilled trades. As these reforms were not made, the Ontario Chamber Network recommended to dismantle the College and return responsibility for trades regulation to the Province.