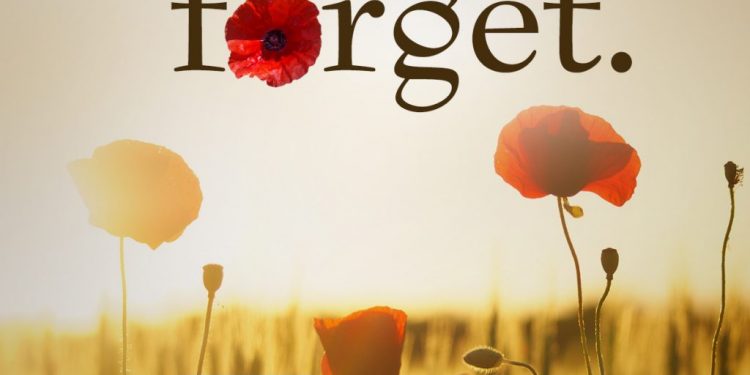 Cornwall, Ontario – Lieutenant Colonel John McCrae, wrote the world’s most famous war memorial poem ‘In Flanders Fields’ which inspired the use of the poppy as the symbol of Remembrance. John McCrae, a doctor and a soldier, was born in Canada in 1872 and fought in the Boer War.

When Britain declared war on Germany McCrae was appointed as a field-surgeon in the Canadian Artillery. He was in charge of a field hospital during the Second Battle of Ypres, Belgium, a period that saw some of the most brutal fighting on the Western front. Lt Alex Helmer, a close friend and former student of McCrae’s, was one of the casualties of this fighting when he was killed by a German Shell.

It was his on May 3rd, 1915, a day after Alex’s death, on the battlefront, that McCrae was inspired to write this poem. He submitted the poem to The Spectator, who declined it, and then to Punch, who published it in December 1915. After Ypres, McCrae rose in the ranks, first joining the medical corps and being promoted to Lieutenant-Colonel, then to Colonel, and finally named Consulting Physician to the British Armies in France (the first Canadian to receive the honour). He died of pneumonia on 28 January 1918 and is buried in Wimereux, France.

Nominate Your Choice for a Distinguished Award