Cannabis Impaired Driving has not Risen A Month After Legalization

by Editorial Board
in Entertainment, News and Announcements
Reading Time: 4 mins read
31 1 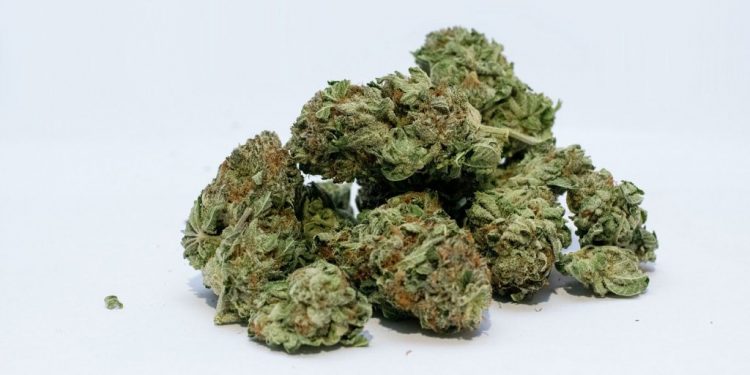 A month ago, cannabis was legalized in the country. Police departments within the country have confirmed that they have not seen any rise in marijuana-impaired driving. By October, about 156 people had succumbed to traffic collisions, on police-patrolled roads and highways. The deaths were linked to four major traffic offenses: drug-impaired driving, aggressive driving, failure to use safety belts and inattentive driving. 35 of the deaths were caused by a driver under the influence of drugs.

As of late, cannabis-related offenses in the country are less prevalent than drink-drive charges. A few weeks before cannabis legalization, the Manitoba RCMP had carried out marijuana-impaired research. After the legalization, the company carried out three more investigations about the same. From the two set of investigations, RCMP laid at least 50 drink-drive charges.

Apart from the shortage in the supply of marijuana that is forcing users to the black markets; several police departments have confirmed that cannabis legalization has no effects on road safety. Police in several locations, including Labrador, Regina, Yukon, Vancouver, and N.S have confirmed that they haven’t seen any increase in marijuana-impaired driving accidents from when the bill was passed.

Marijuana-impaired road incidents are often not tracked as an individual impairment to drugs or alcohol in certain police crowns and detachments. As confirmed by police in Toronto, 58 drug-impaired road incidents have been recorded to date. Only two of the incidents took place after the cannabis legalization. This is a negligible rate, compared to the 824 alcohol driving incidents recorded during the same period. Last year, there were 60 marijuana impaired cases and 1,154 alcohol incidents!

Police officers from various departments have raised concern and awareness about laws on how cannabis should be stored in vehicles as well as passengers being banned from consuming marijuana. Jason Doucette, a Vancouver police, told the press that most of the road-related cannabis cases that have occurred after the legalization have been caused by improper storage of weed and smoking passengers.

A rise in the number of abused, insulted and stoned drivers in the country indicates an increased concern by marijuana legalization opponents. For instance, in Colorado, where the weed was legalized in 2012, there has been a rapid increase in traffic facilities. An investigation carried out by CDOT showed that most of the cannabis users admitted to driving within one to two hours of smoking. However, traffic facilities related to weed are still lagging behind those related to alcohol use. The facilities stand at 8 percent, compared to those of alcohol that stands at 26 percent.

As of now, the major challenge facing traffic police officers is the lack of established and effective ways of testing whether drivers are high. Before the legalization, the police used field sobriety tests established to test the consumption of alcohol. They also used personal observation, although it was subject to manipulation. To counter the challenge, methods such as saliva and Breathalyzer tests for THC (the active component in marijuana) have been developed. However, the tests are not yet in widespread use, mainly due to the critic that they are unable to function in Canada’s sub winters. Due to this challenge, some police forces are still using the field sobriety test to identify whether a person is driving under weed influence.

Will Legalization of Cannabis Have Effects on Automobile Insurance?

Everybody will admit that marijuana contains impairing chemicals that can bar a person’s judgment and motor skills. This has for a long time, seen cannabis considered and treated as one of the prohibited and illegal substances in the country. However, approaches towards cannabis have been changing over the years, leading to its legalization.

There are two general questions; whether weed use can lead to impairment, and whether impairment causes accidents. To prove their validity, several studies have been conducted by various academicians, including medics, scientists and engineers. A report released by a top medical research institute revealed that the use of marijuana before driving contributes to accident risk by 60 percent. This leaves us with another big question: how does marijuana affect the relationship between auto insurers and their policyholders (especially cannabis users)?

Road safety is crucial to everybody, including auto insurers and their policyholders. Insurers have to pay attention to the trend of claims arising from areas where marijuana is widely in use. Obviously, such areas will show an increased rate of insurance claims rate. Insurance rates should thus be revised to balance the claims. Weed users are likely to sign to more automobile insurance covers.

Does the legalization Affect the Police and Health Departments As Well?

Since the cannabis legalization bill was passed into a law, law enforcement and public health officers in various parts of the country have been asked with new additional roles. The officers have to find solutions to the policy problems that relate to legalization. For example, police forces are unable to test whether a person is driving under the influence of alcohol or not. With a scarcity of THC testing equipment, the officers are unable to control incidents related to cannabis driving-impairment. A decrease in arrest rates for weed-related cases in the country have led to a tremendous increase in law-breaking and offenses. The legalization affects health officers and agencies too. Many hospitals have confirmed the increase of marijuana-related health incidents from 12 percent before the legalization, to 14 percent of late.

With the legalization of cannabis, incidents relating to its driving impairment have greatly reduced. Many police forces and health agencies from various parts of the country have confirmed that there are very cases occurring after the legalization. However, users should be aware of the health risks that come with smoking weed. Government agencies ought to create awareness of the correct use of marijuana to help prevent adverse health conditions.

7 Most Recommended Gifts for Christmas