From Slovakia and loving Cornwall

by The Seeker
in News
Reading Time: 41 mins read 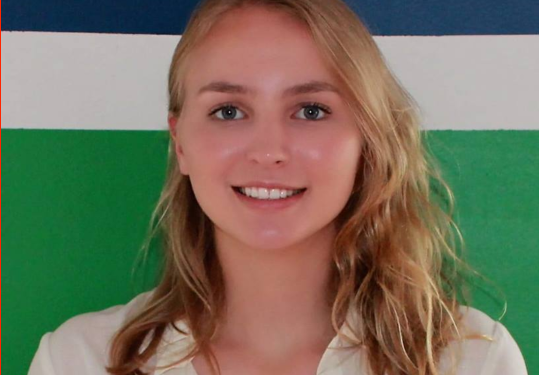 For anyone who thinks Cornwall is just a small city that no one visits, think again.

For the past four months, Slovakian Barbara Virsik has called Cornwall home and her experience has been only positive. Virsik is currently studying Math at the University of Waterloo. She arrived in Cornwall at the FanSaves headquarters this past September for her first co-op work term and for the past four months, she has called Cornwall home, working as a Data Analyst for the local tech startup.

“Cornwall has been a great experience for my first work term. I got the chance to live away from the busyness of the bigger cities and I enjoyed everything Cornwall has to offer. Everything is so nice and very welcoming” said Virsik.

Born in Germany, Barbara and her family settled in Bratislava, Slovakia when she was just eight years old and after a student exchange to Vermont when she was 15, she knew she wanted to return to North America one day.

Her chance came when she was accepted into the Math program at the University of Waterloo, beginning her studies in 2017. She is currently part of the school’s co-op stream which mixes school semesters with work semesters, allowing her to work at different companies for four months at a time so she can gain hands on work experience.

Cornwall, Ontario was her first stop along the way after spending a year studying in Waterloo. She says it’s an experience she won’t ever forget and one experience in particular stood out to her: Bernadette Clement’s election results party.

“It was inspiring. It was so great to see a woman voted in as mayor and it was refreshing to see a community so engaged in politics” said Virsik.

She continued “People really care about politics here and that was very refreshing. I always thought my interest in politics would never matter or make a difference, but Cornwall showed me that you should care about the things going on around you and that you should be engaged and try to make a change”.

Though she was here for work, FanSaves co-founders Shannon Ferguson and Kris McCarthy brought Virsik to as many community events as possible, making sure she got the full Cornwall experience.

“We’re a startup so we knew her work experience would be unique but we also wanted her to be immersed in the community. We wanted her job to extend past work hours so she could really feel at home during her time with us” said Ferguson.

Virsik was amazed at how friendly everyone she met was.

“The people I had the chance to meet were all very approachable and welcoming. I immediately felt a sense of community that is not always present in many cities. Cornwall has that real community feel and I really liked that.”

Virsik will return to the University of Waterloo for classes at the beginning of January. She plans to visit Cornwall again in the future and she is grateful for her experience.

“Thank you Cornwall, for welcoming me these past four months. I will miss it here”.

And the winner was... Carolyn Price!