by Editorial Board
in Seeker Snippets
Reading Time: 1 min read
54 1 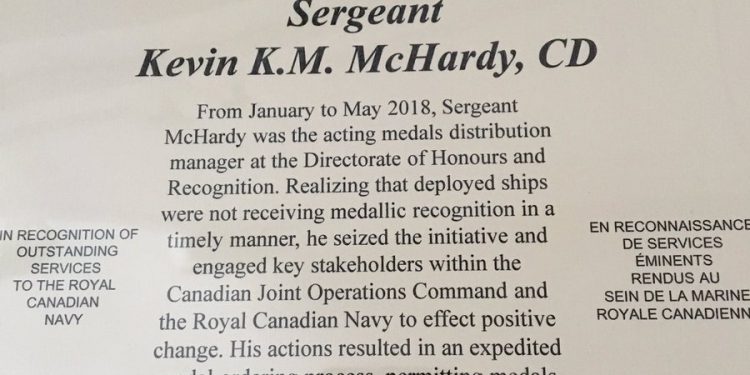 Kevin McHardy, a recent veteran of the Canadian Armed Forces with prior service in Afghanistan, was honoured In Ottawa on Monday, February 25, with a commendation from the Commander of the Royal Canadian Navy.

Roundup Campaign at Giant Tiger brings in $3500 of toys!

This kind of commendation, which is reportedly very rare in the Canadian Armed Forces, recognized McHardy’s role in bringing about “positive change” in dispensing medals in a timely manner to members of ships’ companies (see photo).