The Last of the Last 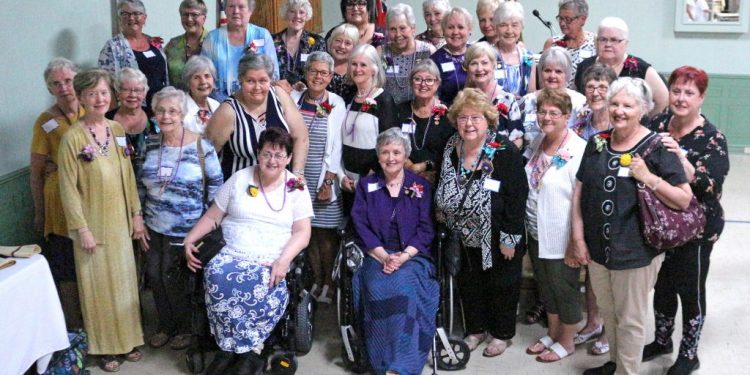 2019 marks the end of an era; due to an evolving approach to training Registered Nurses in Ontario, the Cornwall General and St. Joseph schools of nursing in Cornwall graduated their last R.N.s in 1969.

On April 4, 1967, sod was turned for the $3.1 million Cornwall Regional School of Nursing, located on the s.e. corner of 4th St E and McConnell Avenue. Completed in June of 1968, the nine-storey school housed 144 in the residence and had classroom space for 200 students. It was the replacement for both the former 1929 St. Joseph’s School of Nursing (Hotel Dieu Hospital) on York Street as well as for the Cornwall General Hospital School of Nursing on 2nd St. E. Subsequently community colleges and universities became the places of higher learning for Registered Nurses in Ontario and in 1973 the Regional School building became the student residence for St. Lawrence College. It underwent considerable modifications to become the McConnell Manor seniors’ residence, opening in May of 2000.

It is fairly typical that post-secondary graduates hold periodic class reunions (sometimes on multiples of five or ten year anniversaries), generally ending on or by the 50th anniversary of graduation. 2019 is the 50th anniversary year for the final graduating classes of both of Cornwall’s historic schools of nursing. At Friday’s annual CGH Alumni Dinner, President Catherine Poirier announced that the current alumni will retire this autumn and no alumnus has thus far been willing to run for any office. Unless that changes, the alumni association will fold, further marking the end of an era.

At Friday’s dinner, Class of 1969 valedictorian and class president Sharon (Nesbitt) Porter was credited as being the proverbial glue which has held the class of 1969 together these past 50 years. In the words of classmate Helen (Barton) Purdy: “If it hadn’t been for Sharon Porter, our class would not have grown for all these years. We made life-long friends and kept in touch. Sharon, along with a team of Class of ’69 volunteers, has been our main organizer for five reunions. Sharon keeps us connected and in-the-know about our classmates.”

These past two years Porter also served as chairperson of the 99% complete Down Memory Lane project at the former Cornwall General Hospital, now operating as the Care Centre. Care Centre co-owners Matt Cinnamon and Dan Orr invited Porter and her project team to create a permanent commemorative to the CGH and its Schools of Nursing (R.N. and R.P.N.) on the main floor of the former hospital. The Class of 1969 had opportunity to visit the Memory Lane Saturday morning and contributed its “Last Class Legacy” of a framed photograph of the 1969 graduates, this time with two absent classmates nicely “Photoshopped” in.

At noon a St. Lawrence River alumni boat cruise departed from Cornwall’s transient marina; some former CGH doctors were on hand to wish the nurses a bon voyage.

The evening festivities began with presentations and a lamp lighting ceremony, before a sumptuous all-you-can-eat buffet supper in the Best Western Parkway’s Cabaret Room.

The supper was followed by a dance and renewed friendships. This writer couldn’t help but be drawn into the festivities.