by Editorial Board
in You May Also Like
Reading Time: 4 mins read
25 0 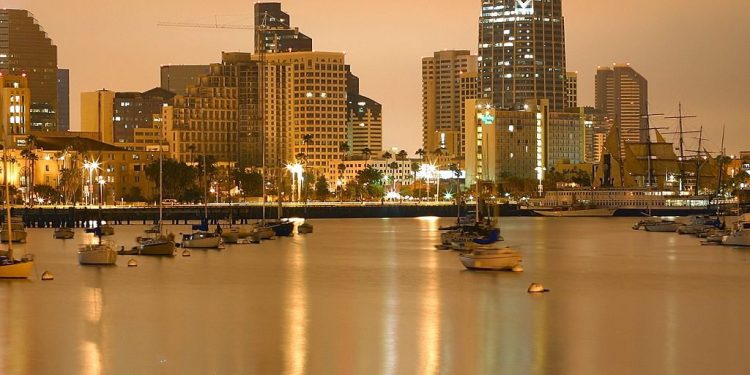 There are so many amazing vacation opportunities in the U.S. that it can be hard to choose one. Here are some of the highest-rated vacation destinations across the country to help you decide where to go on your next trip.

San Diego is frequently considered a popular vacation destination because it has so much to offer its visitors. There are miles of beaches to enjoy, so you can surf, boogie board, kayak, lounge in the sun, or just take a beach stroll any time you’d like. Coronado Beach, in particular, is highly recommended. Balboa Park is one of the highest-rated attractions in the area because you can explore 1,200 acres of hiking trails, gardens, theaters, 17 different museums, and the San Diego Zoo. You should probably plan to spend an entire day at the zoo, it’s one of the highest-rated zoos in the country and family members of all ages are sure to enjoy it. The San Diego brewery scene has also become something to keep an eye on. You can find several in the Gaslight Quarter, which is a great spot to enjoy in the evening. There are several delicious restaurants to choose from, many of which have live music.

Enjoying Leisure Time on a Yacht: A Full Guide on Doing it Properly

6 Advertising Tips That Will Help You Grow Your Business

How To Keep Your House Free Of Unwanted Bugs And Pests

There are several well-known music festivals around the country, but the New Orleans Jazz and Heritage Festival is actually one of the best jazz festivals in the world. The festival was founded in 1970, so it recently celebrated its 50th anniversary. To honor the commemorative event, Katy Perry, Fleetwood Mac, Dave Matthews Band, and Jimmy Buffet performed on the big stage. Texas also offers a very popular music festival. The Austin City Limits Music Festival is offered on two consecutive weekends and draws approximately 450,000 attendees each year. Although it’s newer to the annual music festival scene, Napa’s BottleRock is a 5-day event that features multiple stages, several local wineries, and a variety of local cuisines. Held over Memorial Day weekend, this year’s artists included Mumford & Sons, Imagine Dragons, Neil Young, Santana, and more.

The Pacific Northwest is an idyllic and picturesque region that draws people from all over the world. Portland is one of the most popular places to visit. It is often referred to as one of the quirkiest cities in the country. Known for its tagline, “Keep Portland Weird”, this colorful city also has its very own sitcom: Portlandia. Portland has been named the best foodie city in the country for two years in a row. Culinary delights can be found in 5-star restaurants with prix fixe menus to tiny food carts downtown. The Pacific Northwest is known for its breathtaking outdoor beauty, and Portland offers gorgeous views of Mt. Hood, the Columbia River Gorge National Scenic Area, and Tom McCall Waterfront Park. Washington Park is one of Portland’s gems. It is 400 acres of forested land which is home to the Portland Zoo, the International Rose Test Garden, Pittock Mansion, and the Japanese Garden. The City of Roses also hosts the world’s largest independent bookstore: Powell’s Books.

Some of the country’s most historically significant information can be found in Washington, D.C. The nation’s most famous memorials and monuments are located in the National Mall, where you can see the U.S. Capitol Building, the Washington Monument, the Lincoln Memorial and others. The nation’s capital is home to several world-class museums, the majority of which are free. Some of the most highly recommended museums to visit include the National Gallery of Art, the United States Holocaust Memorial Museum, the National Museum of African American History and Culture, and the National Air and Space Museum.

Not many people realize that there are over 60 national parks in the country, and there’s a good chance that you live within driving distance to at least one of them. Yosemite National Park, which is located in central-eastern California, can be enjoyed at any time of the year. In the summer it’s great for hiking, camping, and rock climbing. World famous photographer Ansel Adams has provided proof of Yosemite’s picturesque winter beauty, which can be enjoyed up close while snowshoeing across Tuolumne Meadows. The Redwood National park is located in northern California, where visitors can see the tallest trees in the world. Other recommended parks include Shenandoah National Park in western Virginia, Everglades National Park in Florida, Bryce Canyon National Park in Utah, and Yellowstone National Park which stretches through Wyoming, Montana, and Idaho.