by Editorial Board
in Arts and Culture
Reading Time: 4 mins read
119 7 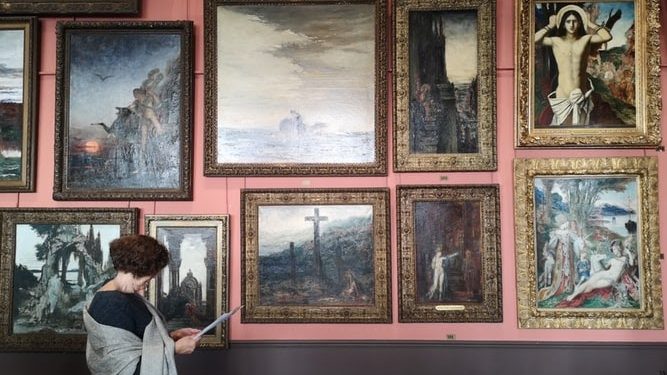 Through auctions and private sales, numerous original paintings have been sold for staggering prices to wealthy investors seeking the artwork’s resale profit, billionaire art collectors searching for a trophy piece to display proudly, and art museums looking to add another priceless artwork to their galleries.

You Can Recreate Your Favorite Painting

You don’t have to be a billionaire art collector to have a Picasso painting or a Van Gogh portrait in your home. Instead, the lifelong art lovers at https://www.prettyneatcreative.com/collections/diamond-painting suggest turning your favorite artwork into a beautiful, 5D diamond painting that looks nearly identical to the original version. This way, you can recreate your favorite painting with a sparkly and fun twist.

Below, we’ll take a look at the 3 most expensive original paintings ever sold.

Behold the most expensive original painting ever to be sold at auction or anywhere in the world! Commissioned by King Louis XII of France around 1500, Leonardo da Vinci’s Salvator Mundi is a depiction of Jesus Christ making the sign of the cross with his right hand while holding a crystal orb that represents the crystalline sphere of the heavens in his left.

Prior to its record-breaking sale in 2017, Salvator Mundi attracted a myriad of owners and price tags over the years and ended up disappearing from the public eye between 1763 and1900 until it was acquired in 2005 by a group of British art dealers for only around $10,000.

So who’s the proud owner of the most expensive original painting ever sold at auction? The Crown Prince of Saudi Arabia, Mohammed bin Salman purchased the world renowned painting on behalf of the Abu Dhabi Department of Culture & Tourism. The painting is currently not available for public display, but it’s expected to be exhibited at the Louvre Abu Dhabi museum sometime in the future.

In 1955, the Dutch-American artist, Willem de Kooning, was inspired by his NYC surroundings to create this famed, abstract-expressionist piece. Kenneth C. Griffin bought De Kooning;s Interchange for $300 million in the year 2015,  by the David Geffen Foundation. This is the highest price ever paid in a private sale and becoming the second most expensive original painting ever sold.

With its $300 million price tag, Interchange has also officially become the most expensive contemporary painting in the world. Griffin bought the painting along with Jackson Pollock’s Number 17A in a $500 million deal where $200 million were attributed to the latter. It’s worth noting that even though Pollock’s Number 17A is not in our top 3, it’s still one of the top 10 most expensive original paintings ever sold.

While Griffin still remains the proud owner of de Kooning’s contemporary masterpiece to this day, the painting is currently loaned to the Art Institute of Chicago so if you want to take a look at one of the most expensive original paintings in the world, pay the museum a visit.

The third most expensive painting in the world is Paul Cézanne’s The Card Players. It’s part of a 5-painting series that he created between the early and the mid-1890s. While the paintings vary in size, the number of players, and the setting in which they’re playing, all 5 of them are widely considered to be the highlight of Cézanne’s art of that period. The series is also regarded as a worthy prelude to the French master’s final years when he painted some of his most critically acclaimed work.

Dubbed by the critics as the “human still life”, this version of The Card Players was sold in 2011 to the Royal Family of Qatar for an estimated price of $250 million. The painting features two peasants studying their hands while sitting at a table, immersed in a card game.

The Card Players are currently part of a private collection, but it’s set to be displayed at the Louvre Abu Dhabi museum in the near future. In the meantime, you can see other paintings in the series at the Metropolitan Museum of Art in New York, the Barnes Foundation Museum in Philadelphia, and the Musée d’Orsay in Paris.

It’s important to note that these are only the 3 most expensive original paintings ever sold, not the world’s most valuable ones. So if you’re wondering why the Mona Lisa or the Starry Night aren’t in the top 3, it’s simply because they’re priceless. These artworks are only assessed for insurance purposes because, in reality, there’s truly no way to put a monetary value on these paintings.