by Editorial Board
in Music
Reading Time: 2 mins read
58 3 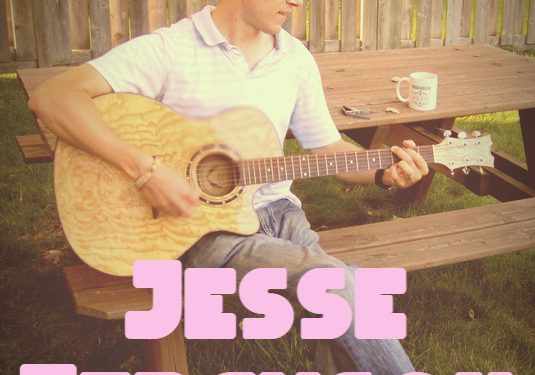 Cornwall-based folk musician Jesse Ferguson has just released his sixth studio album, titled The Sally Gardens. Ferguson is passionate about keeping the folk music tradition alive, a tradition that has been a big part of Cornwall and area history.

He goes by the nickname “The Bard of Cornwall” on his popular YouTube channel, which now has reached almost 8 million views and over 20,000 subscribers. His YouTube uploads are solo acoustic performances of traditional Irish, Scottish, American and Canadian folksongs; whereas, his CDs are polished studio versions of the same material. His latest album, The Sally Gardens, includes 12 tracks, featuring Ferguson on vocals, harmonies, guitar, mandolin, and a few other instruments.

The CD is three years in the making, and the original album art is by Scottish illustrator Alana Bell. “My CDs are a real labour of love,” says Ferguson. “I like to control all aspects of the recording and mastering, as well as performing all the music,” he adds. His albums, including The Sally Gardens, are available digitally on iTunes and Amazon, as well as in hard copy at CDBaby.com.

Ferguson has also performed regularly at local venues for over a decade, including The Glengarry Highland Games and recently at the Jet Set Pub and Schnitzels European Flavours. Information about his music and gigs can be found at www.jessefergusonmusic.com.

How To Use Book Clubs As A Learning Tool