Absurd Reasons People Give for Divorce

by Editorial Board
in You May Also Like
Reading Time: 4 mins read
43 2 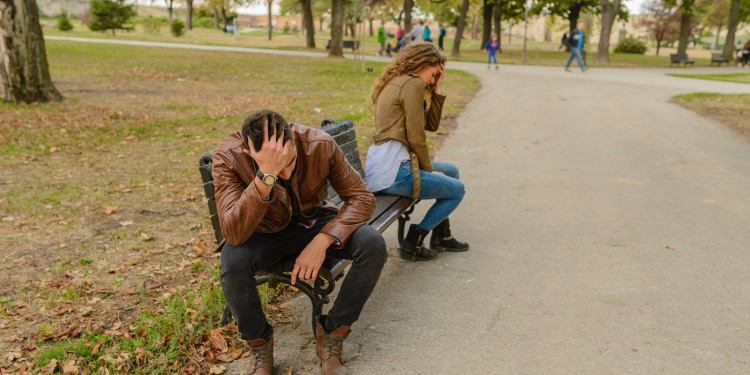 With today’s divorce rates almost twice as that of the 1960s, it’s natural to come across the strangest drives behind getting married and just as absurd reasons people give to file a divorce. Marriage, in general, is not as sought-after as it used to be. Unhappy couples are finding it easier nowadays to part ways instead of trying to make a failing relationship work. While this is healthy and can help individuals start over, divorce can sometimes happen due to trivial reasons. Here are some of the most absurd reasons that people can give for a divorce.

While it sounds like something you’d have a fight over with a roommate, it’s common amongst married couples as well. Even when the couple has lived together before tying the knot, they tend to be on their best behaviour before they make it official.

A famous divorce case went viral last year when a woman divorced her husband for leaving dirty dishes in the sink. While the husband didn’t think much of it, his partner found it inconsiderate. She had also mentioned how exhausting it was for her to remind him of doing basic chores.

This is one of the most common, yet absurd, reasons people can get a divorce. You would think that after winning a million bucks on the lottery, the first thing a spouse would want to do is rush to their partner to celebrate, but some individuals have done the exact opposite. After winning a massive amount of cash, married people can sometimes file a divorce without the knowledge of the other party in an attempt to flee.

However, this always fails. Once the other party finds out about the filed divorce and informs their local law firm, the fled party will be summoned to court. In most cases, any assets that the other party has earned and tried to flee with are either divided or entirely confiscated.

You have probably come across couples that put their bickering on display for the world to see on social media. Married couples can sometimes make jokes about their partners for social media fame, which usually ends with a divorce. These jokes can include unflattering photographs of the spouse or photographs of their underwear.

On the other hand, social media can also spark some jealousy between couples if a spouse is seen interacting with someone of the opposite gender. A law firm has recently reported one of their most ludicrous cases, which involved a woman filing for a divorce because her husband never responded to her text messages while he was away, whereas she had seen him respond to his friends.

Some couples can have some very strict rules, which include what each party is allowed to look at. Women may demand that, after tying the knot, their husbands are not permitted to look at pornographic art, as they consider it to be cheating. Of course, eventually, husbands fail to meet those standards, which ends up with the spouse filing for divorce.

On the other hand, there are more serious reasons that also involve pornographic art, which involves one party secreting recording videos of the couple having intercourse before uploading it to an adult website. This is considered a misdemeanor, and in most cases, the affected spouse is compensated a large sum of money.

While this seems like a serious problem, what is absurd about it is the unwilling party who refuses to change their nature. Discovering unhygienic habits is more common amongst couples who only begin living together after marriage, which can be quite shocking to both of them.

In some cases, one party would find that their new spouse fails to practice basic hygiene, which would be compelling enough to file a divorce. These cases can happen just a few weeks after tying the knot. On the other hand, habits such as table manners, snoring or forgetting to flush the toilet have also been reasons that people have filed for divorce. Whereas it may sound absurd, attorneys and judges find the reason to be completely valid.

Getting married on a whim or at an early age can be a cause of early separation; however, even those who have tied the knot with the right people can sometimes file divorce under an absurd reason in an attempt to hide the truth. Some married couples simply fall out of love as time goes by, and they find it easier to tell their attorneys a different story. No matter how absurd you think your reason to part ways with your spouse is, a legal attorney can always help you.

Why You Shouldn’t Be Beholden to ‘Traditional’ 9th Anniversary Gifts