by Editorial Board
in You May Also Like
Reading Time: 4 mins read
43 3 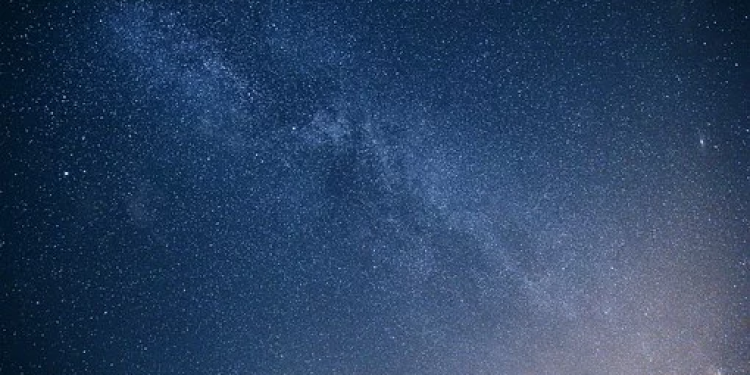 The world of science can be a mind-blowing exploration of both unusual and wonderful things that our Universe has manifested. Nanotechnology, driverless cars, and artificial intelligence were the stuff of science fiction books only a generation ago, but science is hurtling along at a ferocious pace. Scientists are pushing the boundaries of things that were once universally acknowledged to be impossible.

In this article, we will explore four unusual scientific topics to stimulate your gray matter.

Eternal youth has fascinated human beings for thousands of years and there are stories of magical ways to achieve it amongst the literature and artwork of every civilization. But while these were the stuff of fiction, modern science is making real breakthroughs in the area of magical science of eternal youth. Scientists have conducted experiments on worms, mice and fruit flies which have found that by altering or blocking the functions of certain genes, they release chemicals into the body which significantly slow decelerate aging. It is a tempting prospect, but one that carries certain considerations that must be made.

There are many moral and religious arguments against changing the natural way of things. Already there are a large number of detractors who argue against stem cell research and some elements of IVF treatment and believe it is humans trying to play God. As science starts to have more of a hand in the very essence of life itself, we are going to see these protests increase.

In simple terms, spectroscopy is when a beam of electromagnetic radiation is shone onto a sample to see how the sample responds. It can be used by scientists to examine things that are too small to be examined under a microscope. It is beneficial to gain more detailed info about the different methods of spectroscopy and what they can be used for. Essentially, how spectroscopy works are like a beam of light hits a sample, it is reflected, absorbed or emitted and scientists can draw conclusions about the sample from the waves that result from the reaction.

There is a range of different machines that scientists use to do all sorts of amazing experiments like studying the gaseous composition of planets using a spectroscope. We no longer just know what planets look like and how far away they are, with spectroscopy, we now know exactly what they are made of. Science at the level of microscopic samples and electromagnetic beams is the stuff of Sci-Fi but some of the modern scientific methods being developed and implemented today are far beyond even the imagination of HG Wells.

For all of human history, the only real choice that expected parents had to make was what the baby’s name would be. Now, with the advancements of modern science, that may be all about to change. Many people in the scientific world believe that we are about to arrive at what is known as “the Singularity”, a moment in the advancement of technology when the line between humans and technology has disappeared. This may result in expectant parents choosing characteristics of the unborn child; anything from height to IQ, to the number of muscle twitch fibers, as well as immunity from disease and hereditary conditions.

Additionally, there are schools of thought that believe that the time will come when humans start to enhance their organic bodies with technology. This may come in the form of nanorobots to fight diseases in our blood or bionic arms many times stronger than our own. Enhanced people, like the cessation of aging, are another area of science that is already causing significant moral and religious debate as opponents ask, “At what point do we stop being human?”

Number four: A new understanding of our place in the world

Humankind’s self-appointed position of number one species on the planet has been universally acknowledged by every civilization throughout history, but modern science has proved that we are far from being unique. When we think of what makes humans special, the first obvious answer is that we are genetically different from animals, but in fact, scientists have only been able to identify three genes that are unique to our species. It is widely accepted that humans and modern chimpanzees share the same ancestor and we are in fact 99% genetically identical.

Chimpanzees do many of the same things that we like to think are unique to us, like laughing, kissing and hugging, and are even able to recognize themselves in a mirror. For years, scientists were wary of going so far as to say that other animals used language, but there are many species of animals like bonobos and killer whales that certainly have sophisticated communication systems. As scientists start to unravel more of the mysteries of the natural world, our place at the top of the chain becomes ever more uncertain.

There are so many incredible scientific discoveries and breakthroughs being made that it does boggle the mind. Here are just a few of the most unusual and fascinating ones that we found, but there are many more that could transform the very lives we live in.

COVID-19 Case at Brookdale Food Basics Confirmed by the EOHU