by Editorial Board
in You May Also Like
Reading Time: 4 mins read
67 3 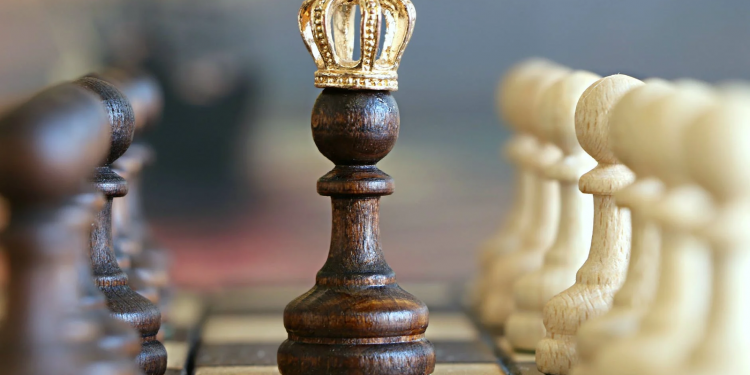 It is no surprise that in our current digital age, with such technological advancements and so much money on the line that people have become adept at manipulation and mind games. The internet has become inundated with tactics, techniques, and strategies to get what you want by being manipulative. The question of morality seldom means anything to anybody anymore, with everybody so driven and purposeful there appears no time for it.

How Can I Take Control?

People will do what they have to do in order to get what they want, whether it means betraying a loved one or burning the bridge of a lifetime friend, money is the motive, and there is no room for weak links. In order to yourself become as manipulative as the rest of the world appears to be becoming, you must first learn the games and tactics that will be employed against yourself, visit Unscramble.me for more in-depth information from professionals adept at playing and developing mind games. The games and tactics people will use against you are vast, with so many it is difficult to keep on top, however, with a little due diligence, you will be able to see through their schemes.

Know When You’re Being Played!

The most important aspect of dealing with manipulators or yourself becoming one is to know when somebody is lying, calling a bluff is the most powerful thing you can do and immediately puts somebody on their backfoot. They will become defensive and flustered, and even the most experienced liars will appear morose and defeated. Trumping somebody in a game of wits takes a razor-sharp edge, an edge you must learn to develop to succeed.

Know A Liar When You See A Liar

There are a few ways you can cultivate an awareness of tomfoolery. A liar will put a shield up around them, but there are ways of seeing through it; often when people lie they shift onto their dominant foot; other times, they will cross their arms and close in on themselves, a subconscious cry for protection; they may stare longingly, or blink rapidly, rarely will there be any normality; they may talk quickly, or not at all, these are just some ways you will be able to spot a liar and call their bluff.

Often, it is not advised to start screaming “You’re a liar!” as they will become defensive and perhaps even aggressive – they have been beaten. You have to play a serpent to catch one.

You Must Become Silk

When manipulating you must be silk; the minute you appear weak or pushy your ploy has failed, and the other party will flip it on you and begin attempting to manipulate you or get away. You must talk a person into doing what you want without ever mentioning what it is you want them to do, a good tactic for the aforementioned is to approach a person you are familiar with, in your head have a topic, and steer them toward it without ever actually mentioning the topic. An example of this is if you want to discuss pizza when approaching the person, you talk about cheese, tomatoes, and ham – eventually the topic of pizza will come up. Try this out.

Another technique is to intimidate with eye-contact; often people will become uncomfortable when you present them with unbreaking eye-contact and will become immediately submissive, while this is more of a bullying tactic it can work to your favor in a  situation when you are dealing with a manipulator.

Create An Image of Strength

Often when manipulating it is important to cultivate a false sense of strength, the other party will pick up on it and become submissive to you. You must paint a portrait so far from the truth that you become almost a folk hero. People will discuss you when you are not around and avoid bothering you when you are.

This is quite simple really, and in order to do this you must start telling small lies to people you consider insignificant. These people will spread the lies and like a snowball effect, others will hear of them and gossip about your exploits.

All the while, you must remain mysterious, have few friends, if any, and appear almost as an enigma. The strong, silent, mysterious type will always prevail over the weak lamb. This image portrayed successfully will open doors you could never imagine. There is a line however, between being respected and being feared, in a workplace it is probably not a good idea for your colleagues to be scared of you, so perhaps be delicate or practice these ideas out of work. Truthfully, however, manipulating is somewhat of a dark art; it should be used intelligently and not as a bullying technique, if at all. Sometimes being transparent is best.

This is what you still have to comply with as Ontario starts to reopen, but extends emergency orders to keep people safe