Unjustly Accused of a Crime You Didn’t Commit? Here’s What You Need To Do

by nathan
in You May Also Like
Reading Time: 5 mins read
41 1 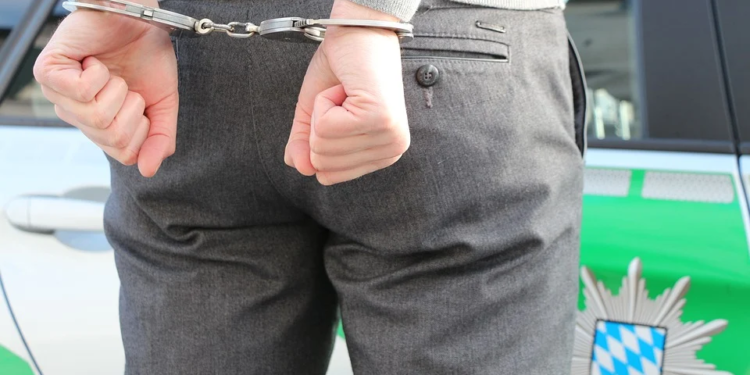 There are several cases where people get falsely accused of a crime, probably due to professional rivalry, mistaken identity, retaliation, or jealousy. Such accusations affect even the strong-willed, and you might be in such a situation, and you don’t know what to do. The worst part about such cases is that you are not guaranteed that the criminal charges will be dismissed when you file a petition. It’s quite unfortunate that people often falsely accuse others, but if you are in such a situation, you should take legal steps to protect yourself. Here are steps that you should consider when you are falsely accused.

First, you should know that you have the right to remain silent and that you also have the right to legal representation. When you are arrested, you should remain silent since, by speaking, you might utter incriminating words, despite being innocent. Officers will request to interrogate you at this moment. Remain quiet and only request to talk to your attorney. Don’t answer any questions until your attorney arrives. You should know that officers can’t force you to speak without legal representation and that remaining silent is the best move.

Get in Touch With Your Lawyer

Some accused culprits often ignore the false allegations, hoping that the truth will reveal itself in due time. You can never take such a risk when faced with severe charges; therefore, it’s always advisable to contact an experienced lawyer. Once the officers table the allegations, you should make a smart move and seek legal representation. Besides, the state will appoint you an attorney if you can’t afford one, but it’s always advisable to get in touch with experienced private attorneys. The experts at Fighter Law believe that the sooner you contact your attorney, the better, since they will begin gathering evidence and determine facts from lies. A lawyer with experience and reputation will speak to investigators or detectives and negotiate with the Assistant state attorneys. They will get your case into a diversionary program, file for active pretrial motions, and finally, they might take your case to trial if necessary.

Confide in Your Lawyer

When speaking to your attorney, ensure that you are honest and don’t leave out essential details that might incriminate you. An experienced attorney knows all the possible outcomes, and they feel your situation. You might have missed some aspects of the case, and as a result, you found yourself falsely accused of the crime. By confiding in your lawyer, you might recall everything that happened, and this might shed new evidence that will help set you free.

Take Note of All Details

With time, you might forget important details of the case. Your memories might fade; therefore, if possible, write down the events leading to the incident. Besides, if you have physical evidence such as pictures, clothes, or items that could help prove your innocence, gather them, and issue them to your lawyer. Also, documents such as GPS locations, receipts, and emails might shed some light on your location when the crime happened.

Ensure That Officers Have a Warrant Before They Perform a Search

Some officers will turn up at your door and request to search your property without formal documentation. Some officers will intimidate you, but you have the legal right to refuse entry, not until they produce a certified search warrant. You have been unjustly accused of a crime; therefore, you should know that your act is not an admission of guilt, but rather, you are protecting your rights. Besides, by allowing officers to search your premises, they might find evidence that they presume relates to the crime.

Prepare a list of all viable witnesses who might help prove your innocence. Give your attorney the list and request them for testimonies in case your case goes to trial.

Criminal cases sometimes attract public attention, and reporters might be on the lookout for public opinions. Despite the posts made on social media, keep your side of the story and fight the temptation to speak out. You might post incriminating statements and make it hard for your lawyer to defend you. Your lawyer will advise you on how to handle social media, and sometimes, they might recommend that you issue a press statement to sway public opinion. Besides, you should avoid making comments on the jury, the judge, or the court proceedings. Post content on social media when your attorney approves, but until then, keep your feelings and emotions to yourself.

Avoid Communicating With the Accuser

When you are faced with a wrong accusation, you might be tempted to communicate with the accuser to reach an agreement. Such a move can worsen matters; hence, you should seek guidance from your attorney before speaking to the accuser.

Despite the unjust nature of the case, it could be in your best interest to take a plea if it would mean that you would be convicted of a lesser charge. At times, it would be best to cut your losses and accept the lesser charge instead of risking the case and getting a harsh sentence and a criminal record. An experienced attorney will review your case and advise you on whether it would be appropriate to plead guilty. It would be best to serve a shorter sentence than to proceed with the case and face a harsh penalty.

On several occasions, people have been wrongly accused of crimes they didn’t commit, and they often wonder what to do to resolve the matter. Around this time, emotions run high, but it would be wise to speak to an experienced attorney who will identify the best defense based on the facts surrounding the case. The right attorney bases their argument on tainted or insufficient evidence and consent. You might be scared and confused at this time, but an experienced lawyer will guide you through the process and help prove your innocence.

Want to be a Nomad? Here's How to Start