by Luci Chang
in You May Also Like
Reading Time: 5 mins read 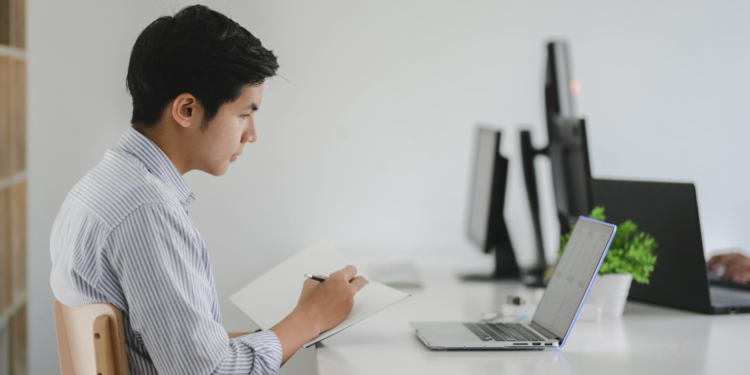 When looking for a job these days, nearly every applicant knows and expects that they will have to take a pre-employment test of sorts that’s either a personality test or a cognitive/psychometric test from some testing provider or analytics corporation.

This is because many companies are beginning to believe that a perfectly-written resume barely shows anything of the candidate’s actual skills, capabilities, competence, and even compatibility as an employee of theirs.

For some companies, they would only employ the personality assessment due to them having their business focused on good customer and client relations, while others only need to confirm the candidate’s cognitive skills.

But in the off chance that you are told that you have to take and pass the Caliper test, then you must be prepared to take both.

This is because both the cognitive and the personality versions of the Caliper test are offered at the same time so that the company can know everything about the applicant beyond the information listed in their resume.

So, if you really want to land that job, you will need to do your best in order to excel in both tests not only to meet the company’s requirements but also to stand out from the rest of the candidates who also want to want that job you are aiming for.

What makes the cognitive portion of the Caliper test unique is that they do not use your conventional subjects when trying to measure your cognitive abilities.

Instead of the usual set of questions revolving around vocabulary, math, and logic-based subjects, the Caliper cognitive assessment uses:

Number Series – Where you have to figure out what the missing number is based on the perceived sequence in the series.

Matrices – Where you will be given a set of two images with a predetermined sequence or rule and you will have to apply it in the next set of images in order to complete the missing figure.

Figural Analogies – Where you will have to figure out the common rule of a set of images so that you can choose which of the options fit the missing picture.

Figural Series – Where you will be given a set of figures with a sequence of sorts and you will have to figure out what is the rule of progression in order to figure out which of the choices is the correct one.

While some of them are simple and easy to answer, most of them will follow a complex or near-nonsensical sequence until you realize that every other figure are distractors and the only ones you’re supposed to look at are the first, third, and fifth one in the case of a difficult seven-figure image set or some variation of it.

The best way to prepare for this portion is by looking through some specific ‘puzzle books’ with the same subject format or by taking a Caliper assessment practice test where you can find mock questions that are designed and formulated to simulate the ones that you can see in the actual Caliper test.

Even if the applicant managed to pass the cognitive test of the Caliper, most of them get turned away by the hiring manager even though they could have succeeded as an employee of theirs based on their experience and credentials should they have been hired.

The reason behind this? It’s because their Caliper Personality Test profile came out as either incompatible or invalid due to them selecting the choices or statements where the traits programmed into them are deemed as ‘undesirable’ for the company.

Due to this assessment being designed to be survey-like with a five-point ranking scale answer format and with each company having their own unique profile for each position, it is virtually impossible to ‘cheat’ or find a leaked answer key as they also update it frequently.

Fortunately, however, we can deduce what they want in an employee by looking at the company’s website and checking their mission, vision, and core values.

This is because most companies align their ideal Caliper profiles to match their core values so that they can be sure that the applicant is compatible, or at least can adjust, with their particular workplace culture and environment.

In the case of a company without a website, the best thing to do is to look around the entrance or reception area where they typically display their core values on a frame for any visitor or client to see.

In the previous point, we have mentioned that there are applicants who had their Caliper Personality Test profile or results come out as ‘invalid’.

Whether intentional or not, this is most likely the result of test-takers thinking that they should always pick the most positive choices on statements that seem applicable to them or the position that they are applying for.

This also goes the same for ‘negative’ statements where the applicant always answers in the most extreme negative in the responses.

Should you do either of these answering styles, the checking program of the Caliper will detect this and interpret your input as ‘purposefully manipulated’ and will warn the hiring manager that you have not been truthful with your responses even if it was unintentional on your part.