All About ABA Therapy

by Luci Chang
in You May Also Like
Reading Time: 4 mins read
89 3 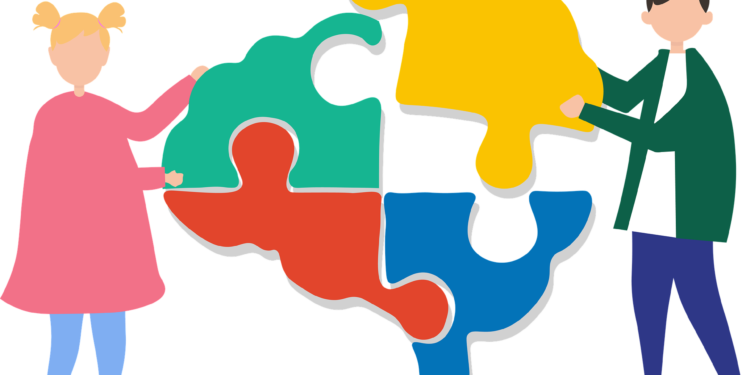 About 1 in 54 children in the United States are diagnosed with Autism Spectrum Disorder (ASD), with autism being more common in young boys as opposed to girls.

Autism Spectrum Disorder basically diagnoses the ranges of autism, as the signs and symptoms of autism are observed in children between the ages of two to seventeen years. As there is no cure for autism, there are various treatment options that parents can use to curb the symptoms of the disorder.

Autistic children struggle with communication, social and behavioral challenges. These might prove difficult in their life trajectory, influencing their speech and education. Different plans for treatment vary and work differently to each child, making the treatment for autism complex for each individual. Therefore, incorporating and adjusting to different treatments is best to determine the right course of action.

As there are no specific causes of autism, studies indicate genetics as one of the precursors to the disorder. Children susceptible to autism are those born with either a sibling who is autistic or a twin who is autistic. The probability of older parents to have autistic children is also rampant. However, therapy can assist children to have better lives by improving their behavioral and cognitive skills and reducing symptoms of the condition. The most prevalent type of autistic therapy used is behavioral therapy which is reliable and conducive for children of all ages.

Applied Behavioral Analysis (ABA) which has proven effective for years, is the most common autism therapy having being in use for over forty years. This therapy seeks to reward children for certain behaviors and dissuade them from other harmful ones. ABA therapy is often delivered in early childhood, making it an early intervention treatment option designed to help the child build their cognitive and language skills.

Applied behavior analysis, rather known as behavioral engineering, is a systematic way of altering and reinforcing a person’s communication, social and learning skills through physiological ethics.

ABA is build on a principle that mainly objects on analyzing and understanding issues that contribute to a person’s behavior, and particular approaches that can be used to suppress and address the challenges.  This practice can be conducted in settings such as:

In order to reduce destructive behavior, there are certain techniques that that an ABA therapist uses which depends on the patient designated trait and treatment setting. Listed below are some techniques that are used in regards to ABA:

In order to teach vocabulary and communication methods, PECS uses graphical tactics, frequently for children. While the child chooses a specific portrait of an object, the psychoanalyst gives the child the designated object to identify.

This tactic is mainly used to improve communication and social skills amidst children. The child is taught a certain trait, and then required to practice and adopt the skill. Every time he or she displays the skill, they are rewarded until the child will be able to display the behavior autonomously.

This technique is used to school children on certain traits, if the child does not behave in a certain or appropriate manner, they will be obligated to try again. If they fail, reinforcement will be carried out in order to assist the child to display the behavior.

This involves demonstrating the expected behavior to the child and enabling them to develop a representation of the same behavior in an effort to develop the required social and behavioral skills.

Speech therapy assists an individual to develop communication skills through use of gestures or picture boards to assist in verbal communication.

The early diagnosis of autism has proved crucial in ensuring the effectiveness and intensity of treatment plans in children. However, early intervention is influenced by the following factors:

The involvement of family in the child’s life influences the early detection and diagnosis of autism. Children with less involved families lack the chance for prognosis, thereby delaying early detection plans.

The intensity of the treatment is dependent on the early detection methods used on each child.

For early intervention to work effectively, children are exposed to treatment in a minimum of thirty hours per week depending on the age, having being diagnosed between five months onwards. However, various programs also record significant changes to children,  encouraging intensive treatment for years making the child to be cognitive fluent by the age of five years.

However, the reception to these therapy treatment plans vary from child to child, and the likelihood of positive reception should continuously observed in years to come due to the different developmental levels of each child.