Wondrous Life – You Have My Word. 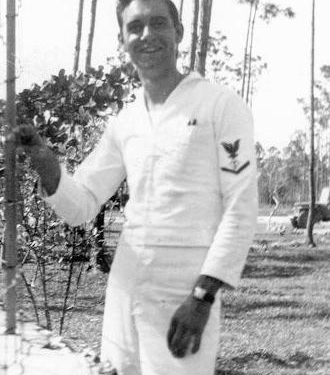 “One of the last times I visited my aunt Ruthie was at a seafood place. Just before we took our seats, she announced to the packed restaurant that ‘The Grays’ were in the house. Everyone laughed, but this was how she saw us – her legacy.”

You Have My Word

Located just blocks from Boulevard Saint Francis, 1960s Seigniory Park, was a sportsman’s paradise for those living in Chateauguay, Quebec. People from all walks of life traversed its pathways in the arms of a summer’s day, but for someone who’d served almost three years in the United States Navy, the move west from Verdun was like a walk in the country. Roland Lussier was born with an engineer’s mind, in Cornwall, Ontario, to an American father and a Canadian mother. Practical, self-reliant, stoic yet ambitious, Roland was driven to his best along every shore. His down-to-earth character and natural shyness were met with rambunctious laughter when meeting the Gray boys at their family home on McConnell Avenue. An only child, Roland welcomed the noise and camaraderie that only a house full of kids could answer to. A young Anna-Ruthie Gray was smitten by Roland almost immediately. Their difference in ages mattered not, as it seemed they were cut from the same cloth. In 1942, Roland enlisted in the United States Navy. He trained at Navy Training Station Sampson, in New York State and would eventually earn the rank of Petty Officer Third Class – Specialist Control Tower Operator. Control tower operators are well organized people. Assertive decision makers, they are quick with numeric computations. While maintaining composure under pressure, their superior visual memory is considered one of the strictest mental requirements for any profession in the world.

In plain English, Roland’s job was to keep the boys and their planes coming back in one piece. Wartime procedures had to be uncomplicated. Pilots had to have complete confidence and trust in their controller. Exhausted and highly stressed, the last thing pilots needed was to decipher unfamiliar instruction. The reality of consequence simplified through the KISS principle (Keep It Simple, Stupid) saved many lives.

When Roland was at Naval Air Station Richmond, in South Florida, he and other officers were encouraged on their days off to ride Airships doing test-flights. The Naval Lighter than Air Station greatly impacted the war effort. The K-type Airships in combination with Civil Air Patrol and Naval convoys reduced enemy torpedo attacks from 114 to less than 4, within a year. Research shows, that Airships cruising at speeds of less than 50 miles per hour, were able to identify torpedo wakes faster than airplanes. Discharged in 1945, Roland and Ruthie married at last and became loving parents to 7 children. Working as a mechanical engineer at Northern Telecom in Montreal, Roland made sure his kids knew how special they really were when the workday was done. Following the trail of screaming kids down to the pool, or dressed up as the seven dwarves at Halloween, Roland revelled in having a house full of inquisitive children.

On the suggestion of his Navy buddies, Roland joined the Model Air Aeronautics Association (MAAC). Building and flying model planes for over 60 years was more than just a winter hobby for having to white knuckle it every day crossing the Mercier Bridge. Well into his eighth decade, Roland’s family looked upon their dad as somewhat of a god for staying curious about life and wherever it led him.

While Roland built his models, Ruthie made English smocking dresses that filled many a little girl’s closet through the years. Seasonal trips to Cornwall for fun-flies & craft sales, Ruthie and Roland had friends everywhere. When travelling out west to visit family, the way was sometimes made shorter in floatplanes or Cessna’s. Initially terrified, their photos of expressive joy and elation that they’d made it at all, spills over in the brilliance of their smiles. Their imprint on our lives was most significant in greetings. Kisses on both cheeks may be a French thing, but for those with a story to tell, it was everything.

Although he received the Victory Medal and American Campaign Medal for serving on six naval bases in the Continental United States and the Caribbean, Roland rarely spoke of his time in the Navy. It’s hard to believe that Roland was afraid of heights, or that he played down much of his younger years, but give the man a pencil and ruler and he could re-finish a basement proper. In 1972, Roland won a small lottery and paid for a new car with cash. Stretching his winnings, the family watched the Rose Bowl on their first coloured television. It was a good year. You have my word.