Locals in the Loupe: Tom Manley’s back!

by Neil Macmillan
in Locals in the Loupe
Reading Time: 6 mins read
104 1 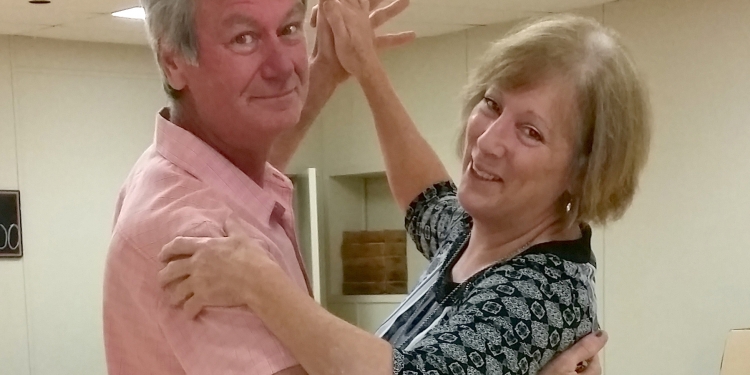 The Cornwall Seeker, throughout the year is always promoting Shop.Eat.Spend.Enjoy. Local, especially at Christmas with our “Santa Ballot Draw” which we have featured for the past few years and seems to be very popular with shoppers in our area and beyond. It was because of our Shop Local features that Neil approached us and asked “what about promoting local food producers in the area and encouraging people to not only support them but also have a chance of joining them if they are local food producers themselves?”

During this past year, with the pandemic upon us, it seemed that more people have started growing their own food, not only to become more self sufficient, but also to be aware of eating healthy and that is exactly one of the benefits of supporting local food producers and eating local produce. Of course there are many other benefits which can be discovered through the Eastern Ontario Agri-Food Network (EOAN) and the man to contact, if you have any questions about EOAN, would be Tom Manley.

Former Green Party of Canada Deputy Leader and Homestead Organics CEO Tom Manley is back again on the local agri-food scene as the recently-appointed Executive Director of the Eastern Ontario Agri-Food Network (EOAN).

Tom is a “man of many parts” with far more than just farming in his veins. In fact, although the eldest of Murray and Caroline Manley’s six children, it was his brother Stephen who took over the multi-generation family farm in Berwick, North Stormont (see photo above – Manley farm aerial view circa 1970). For his part, Tom took advantage of being educated in French during the heyday of Pierre Trudeau-promoted bilingualism in the 1970s to study at the “CMR,” the Royal Military College in Saint-Jean-de-Richelieu, Quebec, where he graduated with a Bachelor’s degree in computer science in 1983.

After doing his required four years of military service in exchange for his education, subsistence, and pay while training at the CMR, Tom worked for a few years as a network engineer for Loto-Québec. He then moved to Bell Canada where he played a leading role in launching its Sympatico Internet service. Then in 1997, he returned to Ontario to take over his father’s nine-year-old organic feed and supply business, Homestead Organics in Berwick.

Under Tom’s direction, the firm was part of the upsurge in organic farming at the time, eventually reaching peak sales of $17 million in 2015, with three outlets in Ontario: Berwick, Morrisburg and Sebringville. Unfortunately, the company overextended itself, became vulnerable to fierce competition from bigger and more powerful firms and eventually collapsed into bankruptcy, taking Tom’s personal solvency along with it. So, at the age of 58 when most people are enjoying or looking forward to retirement, Tom was left with just his house and his car to build himself back up again, alongside his partner Isabelle.

And that’s exactly what the two of them seem to be doing. in addition to his role as the new EOAN executive director, Tom has become an accomplished baker of sourdough bread and other similar products (see www.tomspantry.ca) and also offers his services as a business consultant. Isabelle now works as the secretary to a principal in the French-language Catholic school board in Eastern Ontario, and together both of them teach popular ballroom dancing classes at the Benson Centre in Cornwall, as well as in Crysler and Russell.

As they say, “you can’t keep a good man down” and Tom Manley seems to be very much back in business, with plans to be a “builder, not a maintainer” for many more years to come!

QUESTION #1: You seem to have a remarkably positive and resilient attitude despite personal, political and business setbacks. Do you have any secrets that you could share?

I retained the services of a personal coach for many years to help with difficult decisions and personal priorities. Following the bankruptcy, I consulted a social worker to talk in a safe space, get through the crisis, and manage the stress. I have since given two public presentations on mental health in business using my own experience as the case study.

QUESTION #2: The EOAN has been in existence for over nine years now. What makes it different from other similar grassroots organizations that have come and gone over the years?

The EOAN survived for one reason and two consequences. The Network selects programs and activities that are intended to deliver direct benefit to its member agri-food enterprises: farm tours, networking events, training, food maps, online marketing and so on. As a result, the members saw that the Network serves their own business interests and have remained engaged. Second, the United Counties of Prescott-Russell saw the Network’s beneficial impact in their area and continue each year to fund the Network’s core staff requirements.

QUESTION #3: You were very much involved in both local and national politics for many years. Do have any particular agri-food concern that, as an activist, you would like to highlight for government at the municipal, provincial or federal level?

Yes, agriculture is too often seen at all political levels as agri-business, mainstream agriculture, commodities, supply management, large farms etc. That’s because mainstream farmers are the most visible, the most capitalized and the most organized with federations and commodity associations. The invisible farmers are the 17% of SDG farmers who are small operators or part-time farmers that sell directly to consumers. In fact, it is this group that gives local food its meaning and identity.

QUESTION #4: How will local residents benefit from the activities of the Eastern Ontario Agri-Food Network and can anyone join the group?

Yes, anyone can use the online services such as the food map to find local food and local suppliers. And, yes, anyone can join the EOAN as a producer, consumer or supporter (see https://www.agro-on.ca/pages/join-us).

QUESTION #5: Where do you and Isabelle buy your food from and what kind of food do you like?

Our freezer stocks beef, lamb, pork, chicken and turkey purchased directly from local farmers. About half of our consumption is certified organic. Since I am a vendor at the Vankleek Hill Farmers Market, I spend my earnings with other vendors to take home sausages, salad greens, and other items. We grow a small personal garden so we are eating our own carrots, beets, and potatoes, plus some tomatoes and beans in season.

BONUS QUESTION: How did you and Isabelle become ballroom dance teachers and what is the favourite dance that you like to do yourselves?

Isabelle and I had always liked dancing, even free style, before we took lessons. We would often go to parties and dance bars for dancing to live music. Then we saw an advertisement for dance lessons in Cornwall about 20 years ago. We signed up and really enjoyed it. Since then we’ve made dance a major part of our life and have never looked back!