by Allen Brown
in You May Also Like
Reading Time: 4 mins read
87 7 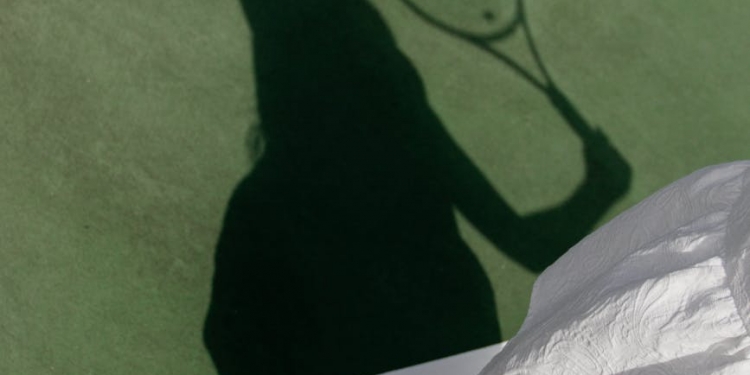 Photo by Julia Kuzenkov on Pexels.com

Tennis is a sport enjoyed by many all over the world, so it makes sense that tennis courts can be found everywhere from schools to parks to clubs exclusively for tennis. There are a variety of different tennis court surfaces ranging from grass to clay to asphalt to tile, and all of them require some form of maintenance to keep them in top notch condition for safe playing. Hard tennis courts tend to develop cracks in them over time due to fluctuating weather conditions, so in their case resurfacing is needed about once every 5-7 years. Grass tennis courts need to be regularly trimmed in order to be usable. Periodic tennis court resurfacing will keep courts looking good and great to use.

For most hard tennis courts, tennis court resurfacing is a two-step process with step one being the repairing and step two being the surfacing. The repair phase deals with sealing the cracks that are likely to have appeared during years of weathering and the court’s surface expanding and contracting because of hot and cold temperatures. The surfacing phase deals with sealing the base and putting the desired surface on top of it, whether that surface is turf or tile or simply a coat of paint. Overall, the process can take anywhere between 3-6 days to complete, but is definitely worth it in the long run.

Before repairs can begin, the court must first be cleaned. This is generally done with a power washer to thoroughly cleanse the court of dirt, and if it’s necessary, a degreaser. What was used to fill in the previous cracks, if the court in question has been resurfaced before, is also removed by either power washing, sawing, or chiseling away the old material. The importance of this step cannot be understated for any dirt or foreign substance will reduce how long the sealer will last. Then, the cracks must be dried so that they can be filled. After the cracks have been filled, the next part of the process is to level out the surface of the court, which means leveling out low spots and depressions. For some the repair process ends here, but others take it a step further and reseal the court’s surface with an acrylic coating to insulate the surface and restore the integrity of its texture.

The surfacing part of tennis court resurfacing involves painting the court with a multi-layer paint system to seal any and all voids in the court as well as protect the court from future damage. The paint often includes components such as sand so that there will be enough skid resistance, and the vibrant colors of the new paint and prominent white lines enhance the tennis court’s playability. It will take time for this mixture to cure, but when it does what’s left is a court that looks brand new.

How much tennis court resurfacing costs depends on a number of factors, for instance what type of tennis court will be resurfaced and how many issues need to be addressed during the resurfacing. Before beginning the resurfacing process, experts will usually visit the location to give a professional assessment. They will be able to list what needs fixing as well as possible upgrades worth considering. If a tennis court has been neglected and requires additional cleaning because of mold, moss, and the like, it might be reason for higher costs because of the need for extra supplies. Costs also change depending on the materials used for crack repairs and fillings. A cheap option would be acrylic fillers whereas fiberglass or asphalt and concrete patching would be more expensive. Then, of course, there is the number of low spots, birdbaths, and other areas with drainage issues to consider. By resurfacing tennis courts as often as is recommended, money can be saved by avoiding issues that pop up due to poor maintenance. In general, tennis court resurfacing costs can range from $4000 to $8000.

Other Factors to Think About

There is more to tennis court resurfacing than simply hiring a team to fill in cracks and repaint a court. Those planning to resurface their tennis court must also consider what colors they want their court to be painted, if they want to have blended lines to make the court usable for multiple sports, if they want a cushioned tennis court surface, and more. Cushioned surfaces for tennis courts improve a court’s shock absorption so when players fall, they are less negatively affected. They are also a surface that is easier on the body, so while they may look no different from a typical hard surface, they are easier on players’ joints. These factors contribute to the cost of a tennis court resurfacing as well as how much the tennis court will be able to be enjoyed after it has been resurfaced.