How to Handle Daydreaming while Behind the Wheel

by Allen Brown
in You May Also Like
Reading Time: 4 mins read
29 0 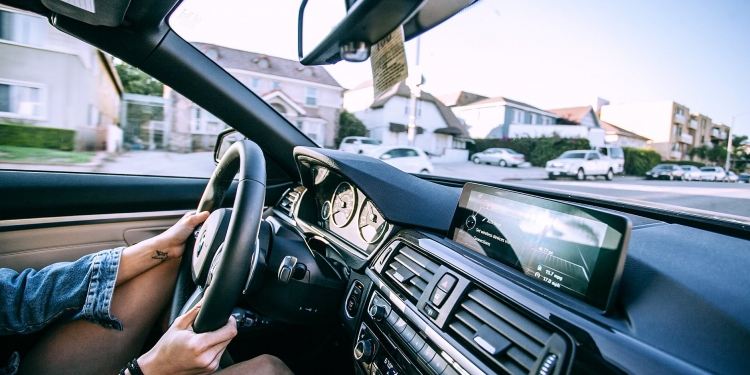 Photo by Maria Orlova on Pexels.com

We have thousands of thoughts that attack us every second; the brain allows only the most important to become conscious as a way of protecting itself. If it lets too many sensations wander every second, we would be paralyzed by immense sensory overwork.

Attract Many Beautiful Birds To Your Garden With These Simple Hacks

6 Things You Need In Order To Make A Halloween Costume

Useful Tips for Gun-Loving Enthusiasts: How to Choose the Perfect Rifle

The human mind has a low attention span and likes to wander a lot. That Saturday party you are thinking about while driving home is enough to expose you to danger. The bad news is that you cannot get rid of daydreaming but only minimize it.

How Dangerous is Daydreaming?

According to a recent study, daydreaming can be fatal. It can cause more accidents than other risky activities like having a heated conversation, texting, and phone usage while driving. An exact look at the study shows that daydreaming fatalities relate to specific days of the year.

They defined daydreaming as drivers not paying attention and being careless, lost in thoughts, or distracted. There is no particular time associated with daydreaming, but most fatalities due to daydreaming happen every Tuesday of February and every Saturday of September.

The reason why more drivers daydream on certain days of the year is unknown, but the information is worth sharing if the problem arises.

How to Handle Daydreaming?

Since daydreaming is the leading cause of crashes, it’s essential to take precautions and follow traffic safety. Some precautions include:

Keeping your mind engaged while behind the wheel is one strategy to fight off daydreaming. Engage in passive activities, like listening to your favorite radio show or podcast. If something happens while driving, your mind will entirely focus on the task at hand and not the audio anymore.

If you are a die-hard commuter, consider finding an experienced co-driver. Like most proficient truck drivers, enlist a partner that you can share driving duties with. A co-driver acts like a spare set of eyes, keeps you alert, and can engage in active conversation on long routes.

It means watching for situations that need immediate action and what to look at on the road, for instance, changing direction or speed.

In a study by Frontier in Human Neuroscience, scientists found that a person can complete twenty minutes of monotonous simultaneous driving. During that time, the mind wanders up to 70% of the time. That means that daydreaming is not dangerous per se; it might be a way of restoring your mind after a busy day at the office or school.

Drowsiness can cause daydreaming too. Lack of enough sleep causes fatal car crashes. Even if you manage to stay alert for a long time, the mind has a way of wandering and distracting you from driving, upping your risk of severe accidents.

Get Ready for the Ugly Consequences

Suppose you have been involved in such an accident and the other driver files a personal injury case against you. In that case, you could end up paying for the injured driver’s medical expenses, lost wages, pain, and suffering. In that scenario, you will not have to pay only if you win in a car accident case, which is usually hard to do, especially if the other party has an experienced attorney on their side.

Daydreaming is a vital and unavoidable part of human existence. This doesn’t justify accidents that happen because of it. One should consider safety options like parking the car in a safe place, taking a nap, or using an autonomous transport system that permits people’s minds to wander and re-engage when attention is needed.