What Is The Difference Between A Red Dot Sight And A Reflex Sight?

by Allen Brown
in You May Also Like
Reading Time: 3 mins read 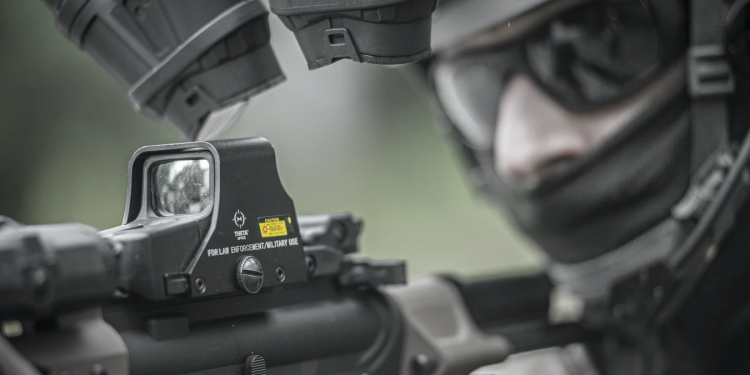 If you want to become a hunter, you should know the different gun accessories and be aware of their impact on your hunting game. You surely know how scope works and how they affect your hunting rifles, right? Scopes are widely known because they enhance accuracy and allow hunters to see their target clearly.

The most common scopes used in the hunting industry are known as the red dot sight and the reflex sight. Trijicon is known as the best manufacturing company that provides high-quality red dot and reflex sights. You can try looking at the Trijicon SRO specs and Trijicon MRO’s special features to know why Trijicon is labeled one of the best producers of optic scopes.

Maybe some of you were shocked when I sort of defined the two scopes separately, as you thought that both of them are the same. If you did, then clearly, you need to research a little bit more and know how to distinguish both of them. Don’t worry because thinking that a red dot sight is the same as a reflex sight is a common mistake that some hunters have up to this date.

To clarify the confusion, here is what you need to know about the difference between a reflex sight and a red dot sight.

Red dot sight is a category

This may get a little bit confusing as the difference between the two scopes are hard to distinguish when you don’t have enough knowledge, so try to keep up. First, it is important to note that a red dot sight is not a kind or type of sight. Instead, it is a category. Any insight that uses a red dot as its point of aim belongs to the red dot sight category.

Technically speaking, a red dot sight is a common term used to determine a group of optical scopes that uses a red dot to assist in aiming at a specific target.

All scopes that have red dot pointers are Red dot sights.

Here is where it gets confusing. If a holographic, prism, and a reflex sight have a red dot design for targeting, they are still categorized as red dot sights. But if holographic and prism sights don’t have red dot aim built into them, they are not considered a red dot sight.

A reflex sight is the only exception because all reflex scopes have built-in red dot sights. Reflex sights were invented to allow a fast shooting rate while having accurate shots.

The police and military often use this type of scope since it enables them to quickly point and shoot their target while improving their aim and precision.

On the other hand, hunters were amazed by the reflex sight. Despite allowing fast firing and improved accuracy, a reflex sight is very durable and can withstand any weather. This type of scope also has long-lasting battery life, which is why hunters came to like this type of scope.