by Editorial Board
in Home & Garden
Reading Time: 4 mins read
42 1 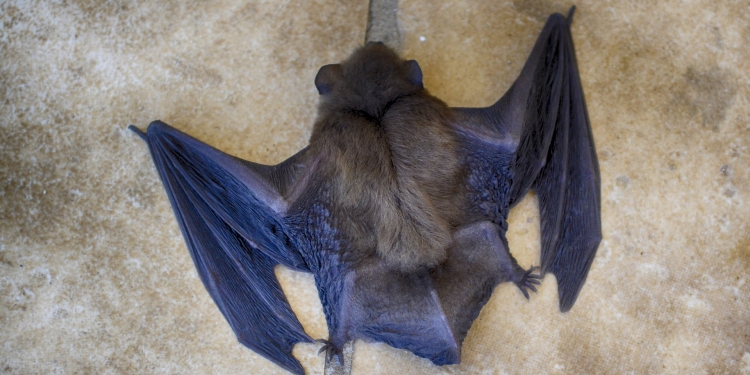 There’s nothing more exasperating than going home to a bat infestation after a long day. After all, your home should be your sanctuary, a cozy and cheerful one—definitely far from a wildlife sanctuary. While bats are actually shy and harmless in reality, they’re still pests that don’t belong to your home.

Bats can get really pesky when they’re already infesting your home in large colonies. If you’re wondering how to treat bat infestation and at the same time control them from coming back, this guide could be of great help.

Setting up a Home Office? Here’s a Checklist of What You Need

It’s a necessary step to find out what type of bats you’re dealing with. Bats generally have a uniform shape and webbed wing anatomy but they come in different species. Your approach to bat pest control will mainly depend on what species of bat are infesting your home.

The megabats are larger bats that weigh a little over two pounds, while the smaller bats are called microbats and typically weigh less than an ounce. Bats’ faces look similar to those of chihuahuas and when in colonies, the number usually ranges from 100-1,000 bats. As the human population spreads, bats seem to have also adapted to the growing suburban landscape. They roost in properties and buildings where they’re not supposed to, thus creating conflict with people.

After identifying the bat species, you can learn more about bat pest control here in a way that you’ll know how the bats in your house are expected to behave, making it easier to get rid of them.

One thing you have to know about bats is that they don’t have the strength and ability to hollow their way through your home. That means they can only get inside through existing entry holes in different parts of the house.

To locate the bats’ entry points, you’ll need to scan the house entirely. Look at the walls, chimney, and even the roof. Bats can enter through the smallest holes so you need to be very thorough when examining the different areas of the house.

The most common entry points of bats are:

After locating the entry points, you may choose to repair the damages or holes yourself. However, remember to do so when the bats are outside and taking a flight, which should be near dusk. Sealing the entry points during the daytime would only trap the bats inside your house and you wouldn’t want that to happen. To find out more about bats and their varying behaviors you may visit wildlifepest.org where you can find valuable information about this type of mammal.

Here are some bat removal methods that you may apply:

Although most bat removal methods can be performed on your own, it’s normal to be hesitant in carrying them out. If this happens to be your dilemma, there are bat pest control professionals that you could hire to do the job.

An advantage of hiring professionals is that you can minimize certain health hazards that come with bat pest control. The risk of getting bitten by bats may be rare but it can still happen. Local bats in Ontario, for example, have been reported to test positive for rabies. A bat’s saliva is infectious and if you ever get bitten, you have to wash the bite area immediately with mild soap and warm tap water. Afterward, be sure to visit a doctor as soon as possible.

Another health hazard concerning bats is their droppings called the ‘bat guano.’ Apart from its nasty odor, bat guano may also cause an infection known as Histoplasmosis. Histoplasmosis or bat guano disease can affect the liver, mouth, skin, adrenal glands, and even the central nervous system.

Bats are useful to the ecosystem but surely, they’re not supposed to share a home with humans. You can apply several bat pest control methods that are effective and won’t harm the bats in any way. If you want to ensure that bat eviction will be successful and that they won’t be returning, you may consider hiring a professional bat exterminator.

Bat pest control when done right should yield a permanent solution to your bat problem. These professionals are armed with the right tools to ensure their safety while performing the job. Moreover, they can also refer you to cleaning experts that can handle decontamination and proper sealing of your home to ensure a bat-free environment moving forward.

Turtles On the Move in RRCA Conservation Areas