Why VPNs are Becoming So Popular in 2021

by Editorial Board
in You May Also Like
Reading Time: 5 mins read
28 2 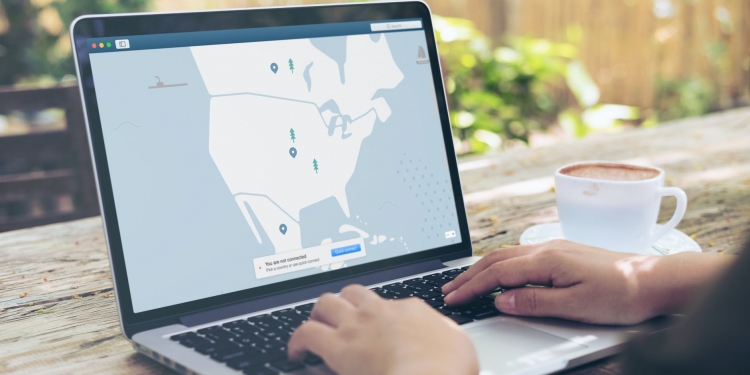 Photo by Kevin Paster on Pexels.com

Young Internet users aged between 16 and 24 years use VPNs the most. They are followed by Millennials aged between 25 and 34 years. What is a VPN? What’s the reason behind the growing demand for this security tool?

A Growing Work from Home Culture

According to Network World, the demand for VPNs rose by 42% in March of last year. For reference, this was the period when many countries went under lockdown to fight COVID-19. At the same time, businesses directed their employees to work from home securely by taking advantage of VPNs.

A year later, a significant percentage of businesses still allow their employees to work from home. On the other hand, there’s been an upsurge in the number of people who work online. These people need digital security and VPNs provide the service.

Virtual Private Networks provide security by encrypting your data using military-grade techniques. The best providers use 256-bit encryption, which is virtually impossible to break. Then they tunnel this data through secure channels.

What’s more, VPNs hide your IP address. This helps create anonymity and make it difficult for cyber attackers to find.

Digital attacks have been increasing tremendously since 2005. In 2018, businesses in the US and Canada lost 471.23 million records to hackers. In 2019, the number of breaches magnified to 4.2 billion according to Forbes.

In other words, the Internet isn’t safe anymore (as if it ever was). But considering it’s becoming difficult to live without it, using a VPN has become inevitable. If you want to hide your Internet from stalkers, spies and hackers, you need a VPN.

If you want to protect your data, a VPN is also your best option. The beauty of this service is that it provides a level of security you can get from alternatives. You can install an antivirus to help fight ad trackers, viruses and malware.

But an antivirus doesn’t keep your identity private. What’s more, antiviruses differ in their level of security. Some of them can protect you from common threats like viruses. But they can’t protect you from a keylogger program or ransomware.

The Rise of Streaming Networks

Streaming networks are on the rise. They are cheap, easy to use and jam-packed with exciting, new content. It doesn’t matter what you like to watch on TV. If you’re a sports person, networks like Sports Net Now Canada, Fubo TV and NHL.tv can quench your thirst for sports.

If you’re more of a TV person, Amazon Prime, YouTube TV, Hulu and Peacock are some of the biggest entertainment providers out there. With some of these companies, you don’t need a VPN to get access.

However, some of the networks are only available in the US. If you want to watch their content, the best solution is a VPN. This is particularly true for people who live outside of North America.

Of course, there are lots of entertainment websites around the world too. The best companies use Geo-restrictions to limit their viewership to certain regions. VPNs have the power to bypass these restrictions by switching your IP address to an address located in an allowed country.

Amid the Coronavirus pandemic, many people have been shopping online often. Unfortunately, job losses and the economic downturn caused by the pandemic means everyone is trying to find the best deals online.

VPNs works wonders as shopping assistants. No, you can’t ask your VPN to place an order on Amazon for you. But you can use it find the cities with the best discounts on just about anything online.

Let’s say you’re in Toronto and want to take a flight to London. However, you feel like the air tickets for your favorite airline are a tad expensive. You can switch your address to Edmonton, Montreal or even New York to find out whether these cities have better deals.

A Need for Anonymity

Whether you want to express unpopular political opinions, shop on the dark web or trade cryptocurrencies, a VPN can help. In the usual style, Virtual Private Networks hide your IP address and safeguard your data to make it hard to be traced.

In the past, using a VPN wasn’t always necessary. Social media was non-existent and you could stay private by not sharing your personal information. Nowadays, there are numerous reasons to care about your privacy.

If you want to do anything online without exposing yourself, you can’t survive without a VPN. Some people even recommend the use of a private browser like Tor. The goal is to make it as difficult as possible for anyone to trade and to expose your data.

ISP companies slow down your Internet for different reasons. Some of them do it to ensure everyone gets stable connections during peak hours. Others throttle your Internet because they’re unhappy when you hog on bandwidth.

Considering you’ve probably paid for unlimited Internet, the best way to fight back from a data-throttling ISP provider is to use a VPN. With this security tool switched on, your ISP provider can’t tell when you’re playing video games. In turn, you can stream as much content as you want without worrying about data throttling.

Choosing a Criminal Defense Lawyer: 3 Things You Should Know