Have an Idea You Would Like to Protect? Here’s How 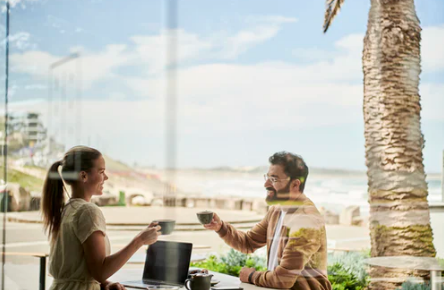 If you have an idea that you want to protect, then you need a patent. This article will tell you how you can patent an idea, and why it’s useful:

What Is a Patent?

The owner of a patent can exclude other people from making, selling, or distributing an invention for a fixed period of time. They’re important because they safeguard your invention from theft. They can protect any type of product, design, idea, or process, as long as it meets certain specifications relating to its suitability, utility, and originality. A patent will typically protect an idea for up to 20 years. Your patent starts from the moment that you file it.

Start by Recording Your Idea

If you intend on patenting an idea, then it’s important that you record it every step of the way. This gives you legal protection and proves that you were the idea’s creator.

Keep recordings to show the evolution of your idea, from its beginning until its completion. If you ever end up in court fighting somebody who has stolen your idea, this information will be very useful.

There are inventors who have gotten patents without lawyers, but it isn’t advisable. The entire process can be quite confusing. It’s best left to the professionals. The trained attorneys of this site, Camuti Law Group APC, say that an attorney can help you with anything patent-related. Instead of going at it alone, and risking the security of your idea and patent, leave it to a professional.

Does Your Idea Qualify for Patent Protection?

It’s also important to research whether your invention qualifies for patent protection or not. You can’t get a patent based on an idea alone. You need to demonstrate how your invention works. It must also be a new idea, never done before.

If your patent doesn’t meet these requirements, then the USPTO will reject your application immediately. Don’t waste your time and money – do your research.

It’s also important to research your invention’s commercial viability. Will your idea make you any money? It isn’t cheap filing for a patent. Don’t waste your time on ideas that will go nowhere financially. Do your research into the industry that your invention falls under. Have any similar ideas made money, or have they tanked?

One of the last things that you should do is to search for existing patents. Even if you are confident that your idea is unique, it’s not good to apply without searching patent databases beforehand. If an idea has ever been done before at any time and in any country, you cannot re-patent it.

There are a few international patent databases that you can use to search for similar patents. The most popular of these is Espacenet, which allows you to view over 90 million patent documents from across the world. The database dates back to 1836 for major western countries, but only as far as the 1970s in some other countries. There is also Patentscope, which includes over 52 million patent documents from 38 participating nations.

A PPA allows you to claim ‘patent pending’ status though it is not a full application. It’s a good idea to file this if you want to protect your idea but it isn’t completed yet. It’s also a good way to attract investors.

You must file your RPA within a year of filing your PPA. When you file your RPA, the USPTO’s examination process begins. Ultimately, if you pass this, you will get your patent.

Patent applications can cost a lot of money, so it’s important to do your research beforehand as already suggested. You should also make sure that your idea meets all of the necessary requirements. You might not have your money refunded if your patent is rejected.

Acquiring a patent for your idea is the first step to becoming a fully-fledged inventor. If you believe that your idea will make you financially successful, then what’re you waiting for? Follow this guide’s instructions and become financially independent.

4 Tips On How To Make A Divorce Easy And Painless