by Editorial Board
in You May Also Like
Reading Time: 5 mins read
108 4 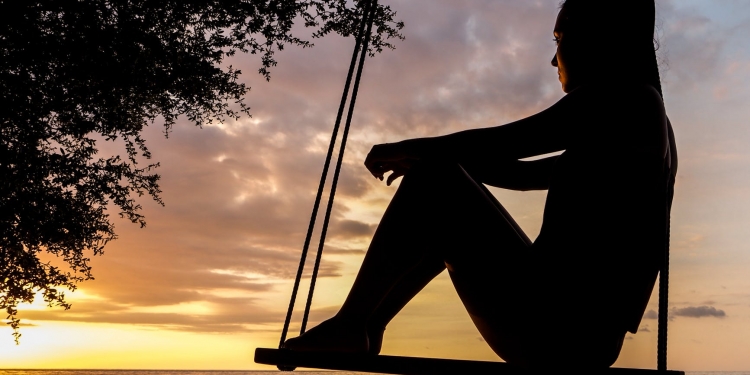 Before the pandemic, spiritual pioneer John de Ruiter and his supporters continued to meet at least once a week in Edmonton to discuss philosophy, spirituality, and how to “uncover the meaning of life.”

Fast forward to the present, when Covid-19 continues to create barriers for large gatherings in Canada and elsewhere, and John de Ruiter’s attendants can still congregate and share their most intimate thoughts with each other — from the safety of their living rooms.

Several days a week, de Ruiter broadcasts from his studio in Edmonton for Zoom meetings with whoever wants to participate. The meetings usually involve de Ruiter speaking directly with one person, while hundreds of others watch online. They are also recorded and available for later viewing on de Ruiter’s web TV channel.

It’s part of a large and growing trend of spiritual leaders attempting to improve emotional and mental health after the loss of church congregations, in-person workplaces and even family gatherings.

There are still plenty of religious voices calling for the immediate return to “houses of faith” for the “unparalleled experience of in-person participation in religious services,” as one rabbi recently wrote for USA Today.

But the reality is that large in-person gatherings remain an issue in most of the world and in much of the United States, despite its swift vaccine rollout in recent months.

In the meantime, remote spirituality continues to grow and will likely survive past the eventual worldwide recovery from the pandemic.

That’s evident in the increased investment by venture capitalists in the religious app market, a “sign of confidence that interest in religious-based technology will continue even as churches begin to reopen,” according to Bloomberg.

A quick Google search of “remote spirituality” includes articles like “10 Energy Healers Offering Remote Sessions from Goop, “The New Astrological Year And The Boom Of Spirituality In The Post-Pandemic” from Forbes, or “God and the Pandemic,” which quotes another rabbi: “If God gives you technology, use it to reach people!”

The Humanitarian Disaster Institute, which describes itself as the first faith-based academic disaster research center in the U.S., recently announced a certificate course that provides “in-depth training in our Biblically-based, research-based Spiritual First Aid peer-to-peer intervention.”

In an article for Christianity Today titled “Why We’re All Spiritual First Responders,” the organization argued that helping people find meaning from their suffering will be a crucial part of recovery from the pandemic.

“We have also found, however, that a lot of churches have not connected the dots between their theology and how they respond to COVID-19,” the article said. “This is important; some scientists have even referred to spiritual care as a ‘deeper immunity’ against COVID. It’s that powerful, for both prevention and recovery. We know that people can experience less distress when they receive spiritual support from people in their church or community.”

Even corporations now see value in the spiritual health of their employees, as evidenced by a New York Times piece tracking the rise of “spiritual consultants.”

These spiritual consultants once only helped private businesses with socially conscious branding or design. But a year of remote work has resulted in a disconnected and frustrated workforce. Employers want a way to recreate a sense of cohesion and purpose — even at a distance — and more of them are turning to spiritual advice to make that happen.

One example is Ritualist, a spiritually-based startup in Brooklyn that describes itself as “a boutique consultancy transforming companies and communities through the art of ritual.”

Founder Ezra Bookman creates rituals that businesses can use to bring people together and foster a sense of purpose and community, like a celebration of a successful project, or a funeral for a project that fails, the New York Times reported.

“In simpler times, divinity schools sent their graduates out to lead congregations or conduct academic research. Now there is a more office-bound calling: the spiritual consultant,” the article said. “Their larger goal is to soften cruel capitalism, making space for the soul, and to encourage employees to ask if what they are doing is good in a higher sense. Having watched social justice get readily absorbed into corporate culture, they want to see if more American businesses are ready for faith.”

It’s not only the pandemic that’s driving these new efforts at spiritual outreach. The last year and a half has seen the rise of social justice movements across the globe and especially in the U.S.

Corporations with a newly developed sense of social responsibility even challenged American politicians directly, like the petition against Republican-led voting suppression efforts, which included the support of Amazon, General Motors, and Warren Buffett.

For John de Ruiter and his students, remote meetings are a way of approaching the problem of spiritual disconnection in a setting that still feels intimate.

Meeting topics include “The Real is the Deepest Within: Flowing as Meaning in an Illusory World,” “Present in Life, Present in Death,” “Deep Inner Quietude in the Midst of Pain,” and “Streams of Love in a World of Fear and Judgement.”

And then there are the questions about how to move forward with life after a year of quarantine, change and isolation. When a woman began a March 8 session by asking de Ruiter how she’s supposed to figure out what to do next in life, de Ruiter counseled her to move slowly and not make rash decisions.

“A year isn’t very long. Don’t get caught up in lifestyle ideas or you’ll be working for a lifestyle. Don’t make comparisons about what others have, what others are doing, what the norm is,” he said. “Be more focused on the movement of your interior and how that moves on the outside rather than what you’re doing with your life.”